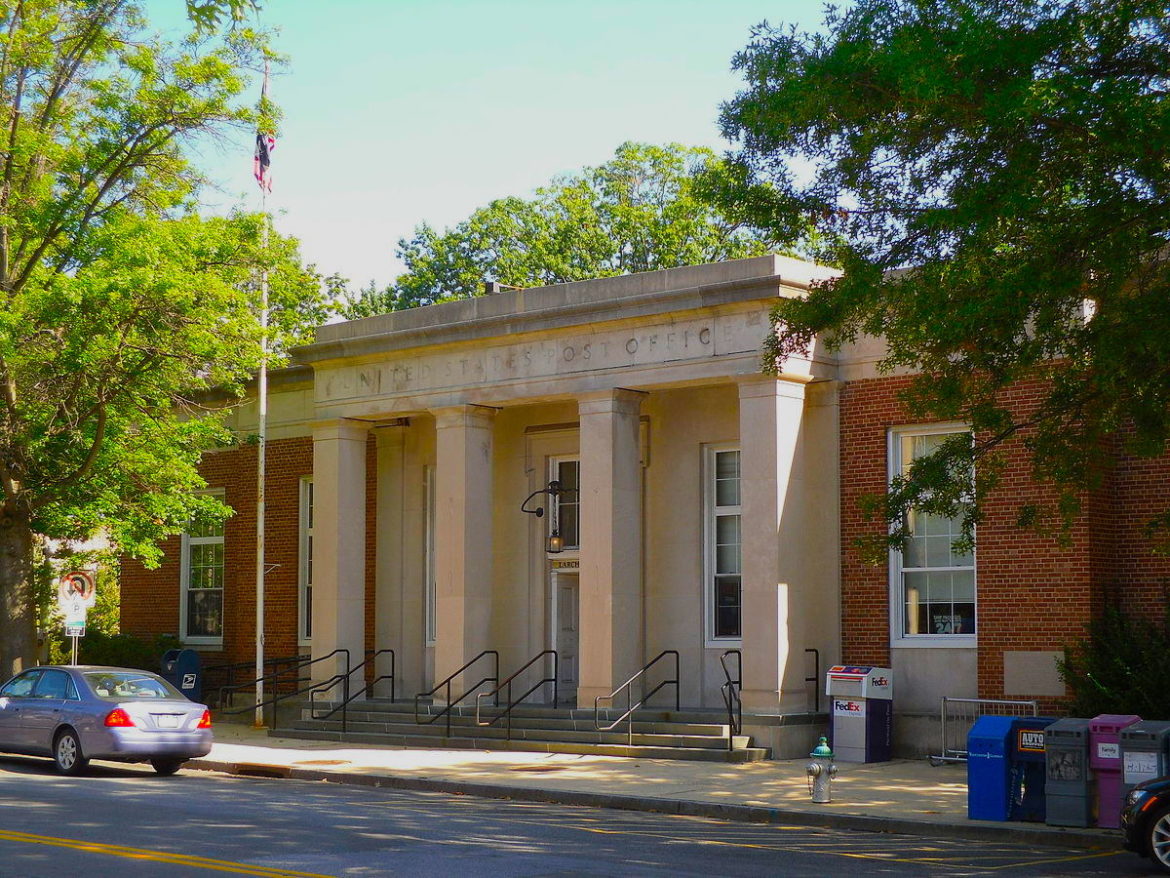 Updated:  “When Benjamin Franklin created the United States postal system in 1775, he had a simple idea, put a stamp on a letter, put it in a mailbox and the letter would be delivered to the recipient,” Sen. Chuck Schumer said in Larchmont Friday.  “Somehow the Larchmont Post Office had a different idea.”

He said what many of us already know: for over a year, residents of Larchmont, and now New Rochelle, “continue to have shoddy service problems getting their medications and other critical items.”

He demanded the release of an unreleased Postal Service audit report of Larchmont’s postal operations in a public meeting. He also called for the agency to announce a plan to “immediately improve the sub-par service.”

It’s been going on for months.  Bills unpaid. Letters from friends lost. Packages. Prescriptions. And the worst part is, some Larchmont residents will never know what never came.

The Larchmont mail delivery “mystery” was taken to the US Postal Service, in March, and the agency promised to investigate. As a result of that review, said a spokesman, more carriers were assigned to Larchmont along with additional customer service training and coaching from the post offices’ Westchester District leadership team.

But still no mail for dozens of residents.

Is this still happening to you? Leave your comments below.

I sent a check in the mail to my landlord for work that needed to be done. I sent it on the 2nd of August. For 2 weeks he called me and asked where the check was. I then went to my bank and cancelled the check, which comes with a $30 fee, visited his bank and deposited the money directly. One week later the envelope was returned in the mail. Returned to sender with a note saying that it was undeliverable, but there were no errors made on the address and the postage was the correct amount. Very frustrating.

Our daily mail delivery is coming later and later in the day, sometimes as late as 7pm.
What’s going on?

The situation of shoddy mail service is alive and not well in Eastchester. Add our 10709 zip code to the Larchmont and New Rochelle list. Where is the all the lost.
mail going?

Mail sucks everywhere. That is why they call it the US Post Office.

Federal employees are not known for their diligence.

I am sure Trump will fix.

I was tracking two orders from purchases made from Amazon and eBay one of which was a rare antique both were shown to be out for delivery this past week and both were scanned as delivered late evening but we’re not left in or on my mail back!
I lodged a complaint the following day and still 5 days latter they have not been able to account for the missing packages. Now I am at a loss for both money and packages it being my word against USPS! This is very bad news and I’m still waiting for answers why the packages were scanned and not left.

I had a horrible experience with the Larchmont Post Office and the Postmaster. I sent the renewal for my U.S. Passport (Certified,Return Receipt) which included my still valid Passport
, my application for a renewal, which included my name, address, date of birth, my Mother’s maiden name, my social security number and every other sensitive information they require. After what seemed a very long time, I looked into what was going on with my Passport. I was told by the Larchmont Postmaster that the envelope had left the Larchmont Post Office, made it onto a truck and no further information was available! I insisted that she look into it. She told me that “they lost things all the time. It could have fallen off a truck. These things happen. There is no way to trace it and it happens all the time.” (Do you believe this?????????????????) I reported the incident to Elliott Engel’s office and a representative looked into it for me and came up with nothing. I tried whatever I could due to the great potential for fraud and identity theft. Nothing. All of my most personal information is just “out there”, never to be found. Oh yes, the Postmaster refunded the money I paid for the Certified, Return Request” service.

Three times this year, when I submitted a “Mail Hold” form checking off “postman to deliver held mail,” it did not happen. I had to call the next day or go to the post office and pick it up!

I ordered a book from Amazon. It was sent to the Larchmont post office from UPS and I never received it! I’ve ordered numerous times from Amazon with no problem whatsoever, two day delivery promised and received, but not this time (when it went through the Larchmont P.O.)

Many letters addressed to me are returned to sender even though the address is correct. I think this is because I moved (within Larchmont) and somehow the post office mixes up my new address with my old address. They think the new address is the old one and the old address is current. I’ve tried to fix this without success.