Your Local Guide to the Fireworks (and the Firemens Carnival)! 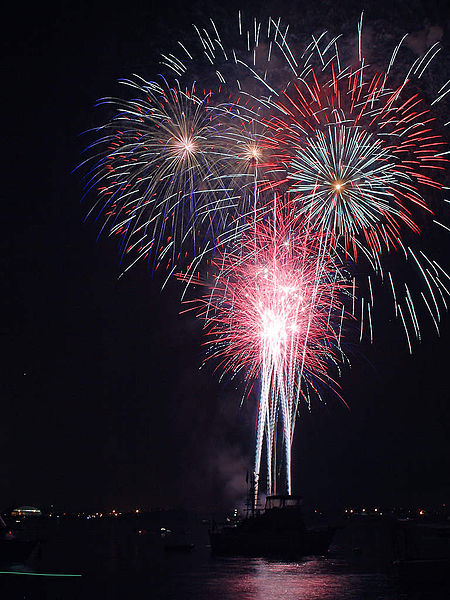 From Larchmont to the Kensico Dam, here is a roundup of local fireworks displays for the July 4 weekend.

The Kensico Dam Music Fest and Fireworks will take place on Sunday, July 3 at the Kensico Dam, Bronx River Plaza in Valhalla. A concert of patriotic music begins at 8 p.m. and will be followed by fireworks at 9:15 p.m. Bring a picnic and chairs. Carpooling is recommended. For more information, call 914-231-4033.

Rye Playland will have two evenings of fireworks in honor of Independence Day this year. A fireworks display will be held on Sunday, July 3, and Monday, July 4, at 9:30 p.m. Playland also has fireworks shows every Friday throughout the summer.

Larchmont will celebrate Independence Day with Fourth of July Races and Music in the Parks, followed by fireworks. The concert in Manor Park begins at 7 p.m. Monday, July 4, and will feature the Dixie Dandies. Americana music and traditional favorites.

Mamaroneck:  July 4th Fireworks and Carnival and St. Thomas Orchestra Concert Harbor Island Park. A daylong firemen’s carnival will kick off the event at 4 pm. The annual firework show will start at 9:30.

St. Thomas Orchestra Concert will start at 8 p.m. Fireworks viewers are recommended to be in the park early to find a spot to sit.  Bring your own blanket or low beach chair

Rye Playland will have two evenings of fireworks in honor of Independence Day this year. A fireworks display will be held on Sunday, July 3, and Monday, July 4, at 9:30 p.m. Playland also has fireworks shows every Friday throughout the summer.

The City of New Rochelle will have fireworks in celebration of Independence Day on Monday, July 4, at 9:30 p.m. The pyrotechnics will take place in Hudson Park and the event is open to all.

Mamaroneck Avenue is closed on Monday from Boston Post Road to Prospect Avenue from 8 p.m. to 10:30 p.m.

We strongly recommend parking at locations other than Harbor Island Park. Parking will be tight, and it will take at least an hour to an hour and a half to leave the park after the Fireworks are completed.

The parade of sail will begin the West Basin of Harbor Island Park at 12 noon sharp on July 4th, 2016

Mamaroneck Harbor Channel will be closed from 8 p.m. to clear the channel of boats within 500′ proximity of the fireworks.

Mamaroneck Harbor Channel will re-open to boat traffic after the Fireworks have completed, estimated to be at 10:30 p.m. or 11 p.m.

Final Day of the Firemen’s Carnival is Tuesday.

(This event is now July 6 due to rain on July 1)The White Plains Independence Day Celebration will be held Friday, July 1, from 6 p.m. to 10 p.m. at White Plains High School. There will be entertainment, including the West Point Concert Band, as well as giant inflatable rides, food and fireworks. Admission is free. The rain date is July 6.