Will You Let the Assessors into Your Home? 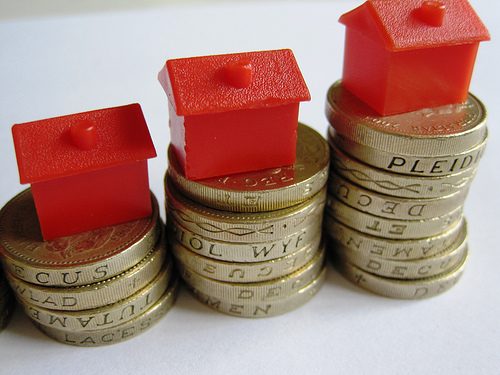 I attended a Reassessment Workshop Saturday morning, at the Town Center.

The room was about 90% full, mostly with older Town residents, plus a few really angry younger ones.

I had hoped that I would hear things that would ease my concerns with how the reassessment is being handled.  Not so.

Homeowners have the option of returning, or of not returning, the forms they were sent in the mail.  If they return the forms, whatever they write on them will at least influence the reassessment of their homes.  It was clear that if you send in the form saying that you renovated something in your house, or added central air, or a new fireplace, or switched from oil to gas and put in a new furnace, the likely effect is that your new assessment will be higher than it may otherwise have been.

When I raised the fact that their question about a six foot high basement did not comply with New York law, they seemed to have no idea what I was talking about and of what New York law as to habitable basement spaces is.  Thus anyone who sends back the form stating that his/her house has a basement is again likely to increase his/her new assessment, even if the basement is not legally habitable.

In fact, I found no reason why anyone should send back the form, and it was interesting that, when the speaker asked how many had done so, substantially no one had.

It became clear that if your house is in good shape, it may be a mistake to let the reassessment people into it, since that may increase your new assessment, but if it’s in poor shape, by all means invite them in, since that will decrease your assessment (but see below).  In fact, since they said that they are influenced by how your house appears from the street, if the paint is peeling it is best to leave it that way, until after the reassessment is completed in late 2012 or early 2013, anyway.  Make your house look the way a Larchmont/Mamaroneck house should look and your new assessment may well be higher than it otherwise may have been.

In what seems to me to be a real invasion of privacy, the reassessment people said that those who run our Town have determined that the details of our homes learned by the reassessment people (size, number and types of rooms and baths, condition, etc.) will be posted on line for all the world to see.  Up to now some of that information was available to those who went to the Town Assessor’s office and checked the records that are there, or the Building Inspector’s office and checked those that are there, but now they will be posted on line.  Tell the reassessment people that your basement sometimes floods and all the world will know.

If you let the reassessment people onto your property, even if not into your house, they will measure your house from the outside, and will ascribe a square footage to it based upon the external measurement, despite the fact that you cannot use the space where the exterior walls are.  It’s much the same as what NYC landlords do.  If you let them onto your property they can also see whatever they can see from the outside, and they will not give you notice of when they are coming (unless you call them and make an appointment).  Thus, if you do not want them peering into your home you have to keep them off your property, since they do not intend to ask for permission to walk on it.  The only way to do that is to call them at 1-866-910-1776 before December 16th.  If you make that call when most of us have time to do so, on a weekend, no one will answer the phone, but they do have voice mail and, hopefully, will call you back.  Those who run our Town set things up so that you do not contact the reassessment people to give them permission to enter your property but, instead, you have to call them to keep them from trespassing on your property.

The speakers did say that there will be a way to object to your new assessment if you think it is too high (or, I guess, if you think it’s too low), something that was omitted from the original mailing.  Thus something beneficial came out at the Workshop.

Bottom line:  if your house is in bad shape, and you do not mind having that posted on line, I recommend that you let the reassessment people onto your property and into your house, but I see no reason for anyone to complete and return the form we were sent.

Just my view, as one who has lived here for the past 39 years.

1. Thank you, Mr. Engel, for a very informative post.

2. Ever notice that the most erudite online posts are from people who use their own names?

The bigger concern is what this will do to real estate values. The town is falsely assuming that the 1/3 of people whose assessments are about to go up (sometimes in huge numbers) are simply going to stay put. Not everyone is willing and/or able to pay for what could be a large increase in their tax bill. The timing is terrible as the country is still teetering on the brink of a double dip recession. Higher inventory is just going to further push down prices.

The smarter move would have been to change the bylaws to allow properties to be reassessed on the sale of the property. That would eliminate the exhorbitant cost of this project, the fear and mistrust that is brewing among residents, and taxing people out of their homes.

Just some additional useful info here, don’t look at your tax bill for the Town’s value estimate. The town uses the equalization rate to determine the value on your tax bill which makes your value lower. The RAR or the Residential Assessment Ratio that comes out around April of every year should be used to figure out the Town’s value. For grievance purposes, the assessor must use the RAR and not the equalization rate.

I have used Caryn Luntz of Westchester Real Property Tax Reductions twice to represent me in reducing my taxes. Her office is in Larchmont. I have been thrilled with her services; not only did she successfully reduce my taxes more than I expected, but she is extremely knowledgable, personable and very accessible. She was recently interviewed by The Journal News in an article about tax reduction. I will be using her again this year to determine the value of my home so that I can compare it to the reassessment value the town places on my home. How else would I know if my reasssessed value is fair?

My parents greatly appreciated this information. Thanks!

Kashi, thanks very much for the information.

From your answer though, the Town CAN assess a home for very much more than it’s worth, until as you did, a grievance is filed and won by the owner. As the Town always has “representation” in the process, probably questionable the extent to which any owner “needs” to be represented by a professional, and may depend on various circumstances.

Thanks also to all who are providing information here, helping neighbors in difficult times with a difficult subject.

Excellent commentary Mr. Engel. I agree to let them in only if your house is in bad shape. If it’s renovated, don’t let them in. As a professional appraiser, I went through the reassessment in Rye Town. Once, they reassess your home, you do have the opportunity to fight it. Sometimes a phone call and discussion is all you need. If they want more proof, ask what kind–will a broker opinion do, neighborhood sales do? In any event, be prepared to support it with an appraisal if those won’t do. However, don’t just assume their value is too high. Contact a Realtor to make sure before you spend the money on an appraisal. I suggest that you don’t use Zillow or any on-line type valuation site. Their data is based upon a mathematical formula that can’t take into consideration condition, style, living area, room count or other factors that affect value.

oreo, i hired a respected tax attorney to file my grievance but I actuqlly regret doing so. our home was ridiculously overvalued even with all of the improvements we had done. we didnt actually need a professional to point out the blatantly obvious….and no, there are no guarantees that we will hold the newly assessed value…but then the town cannot assess a home for tens of thousands above what it culd actually sell for. or HUNDREDS of thousands in our case. again, look at the market, figure out what your home is worth, what it could sell for and then and look at what the town says it is worth.

Kashi, who represented you in that grievance? Do you have anything that tells you that whichever person(s) from GAR representing the Town at your house will determine that same assessment value?

before getting overly concerned about assessment, take a good look at your tax bill to see what the town has assigned as the current assessed value of your home. Chances are really pretty good that you are over assessed and your taxes will be lowered. With the fall of the real estate market, our homes are not worth as much as they were in better years but of course our assessed value and hence our tax bills do not reflect this. My home was over assessed to the tune of 300 thousand! We filed a grievance recently and gained a very substantial tax savings. I would bet that there are more than a few homeowners in the same situation.