Why is My Con Ed Bill So High? Part 2 on Westchester Increases 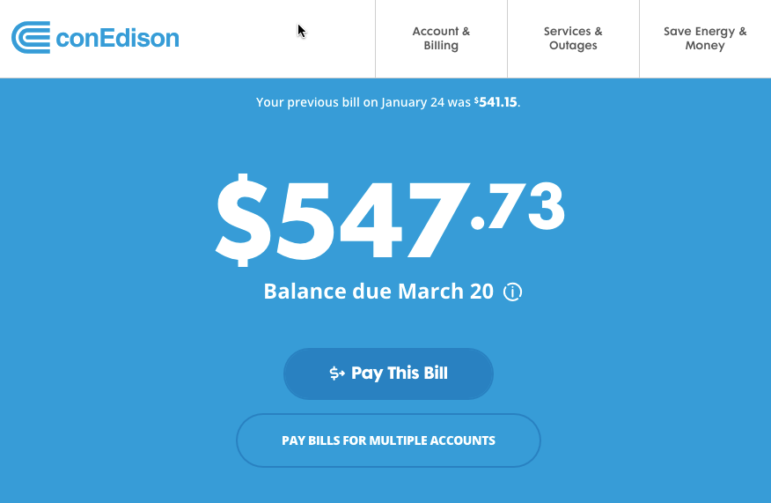 With much discussion in the community about marked hikes on residential Con Edison bills, we spoke this week with a representative from the utility who answered questions about why some households are paying hundreds of dollars more a month.

“If you really look at your bill, you’ll see the breakdown of why costs have increased, ” said spokesman Philip O’Brien. He outlined the three areas that consumers should be aware of: supply, delivery and taxes.

Meanwhile, a temporary moratorium was to go into effect Saturday in Southern Westchester that would prevent new gas customers–such as new construction, not customers in buildings that already have gas– from signing up.

“Con Edison will not accept new natural-gas applications for “firm” gas services. Also known as “uninterruptible” services, firm gas services guarantee natural gas when demand is even at its peak, such as on the coldest days. The “firm” gas applications submitted after Saturday will be put on a wait list,” according to LoHud. More from Politico.

However on Thursday, the state announced a $250 million program for Lower Westchester  to free up some natural gas capacity and allow development to continue. The funds include $160 million already approved for Con Ed customers to bankroll.

As O’Brien explains, two pipelines from Pennsylvania and Texas bring fracked natural gas into the area to stations in Yorktown and White Plains. But the supply is used by customers all the way to Maine “There has been so much demand for gas in the last couple of years, and the supply has to serve everyone,” he says.

In addition to that, programs encouraging customers to switch from oil to gas worked well, increasing the number of customers by 10%.

Experts say the future lies in alternative energy sources, such as geothermal units.

In the meantime, don’t expect your utility bill to decrease anytime soon.

Just received my new Con Ed bill and it is still about $100 higher than last year. When I called last month to question the charges, I was told it (January) was a cold month…in spite of my being away for a week.