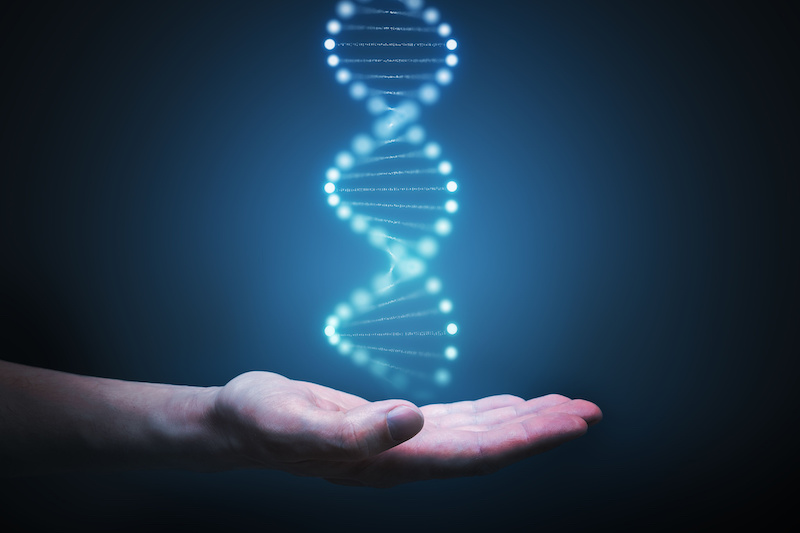 As the son of a man who had suffered a severe heart attack several years ago, David Sumner has always taken his heart health seriously. So when he started experiencing occasional dizziness – and, even more worryingly, recurring chest pain – he headed to White Plains Hospital.

The news was mixed. While he was not experiencing a heart attack, he was diagnosed with atrial fibrillation (AFib), a type of arrhythmia, or abnormal heartbeat. The condition is caused by an exceptionally fast and irregular heart rate, typically more than 400 beats per minute; a healthy heart normally beats 60 to 100 times a minute.

But the story doesn’t stop there.

When a genetic test on his 14-year-old son was suggested, he was stunned; after all, the boy had shown no signs of heart trouble. But once we discussed how the process works, and how it could help prevent such trouble down the line, he quickly agreed. Fortunately, Mr. Sumner’s son’s genetic test results proved negative.

The role that cardiogenetics can play in the early detection and treatment of known or suspected inherited heart diseases is continuing to grow. With some cardiovascular diseases being hereditary, they can be identified, or at least suggested, through genetic testing. As the practice becomes more popular, such work has become significantly more easily accessible, with genes being examined at a markedly lower expense and at a quicker turnaround.

As a result, the chances of detecting signs of some nascent heart conditions before they become serious afflictions have dramatically increased. Genetic testing of a diseased individual combined with genetic testing of their family members has proven to be quite fruitful. The patients merely provide a blood or saliva sample, after which the sample is tested for potential molecular changes or mutations that can suggest numerous potential cardiovascular issues.

Those issues include but not limited to, hypertrophic cardiomyopathy (HCM), an abnormal thickening in the walls of the heart muscle that can restricts blood flow and weakens the heart; arrhythmogenic right ventricular cardiomyopathy (ARVC), where the muscular wall of the heart can break down over time; and long QT syndrome (LQTS), where the heart takes a longer time to relax. These conditions if left untreated can increase one’s risk of sudden cardiac death.

If the patient tests positive for a defective gene, family members are then screened to see if any of them are at an increased risk for the condition. Typically those family members are parents, siblings, and children, although grandparents and first cousins can be tested as well; the further one goes out on a family tree’s “branch,” the less reliable the testing becomes.

The next steps for family members can range from echocardiograms (EKGs) to wearing a Holter monitor – a small, ambulatory device that records the heart’s rhythm. It is connected to a person’s chest with electrodes, but typically is only worn for 24 to 48 hours.

Based on the outcome, lifestyle changes or medication changes may be recommended; for some, a cardiac ablation, a pacemaker or defibrillator may be required. While exercise is associated with unequivocal health benefits for most, a patient who suffers from ARVC will be guided to limit strenuous exercise as this can hasten the development of arrhythmias.

There are some patients who may be interested in having a cardiogenetics test even without signs of heart conditions or a family history of same. But current guidelines discourage physicians from running those tests simply for “peace of mind” reasons. And just because a genetic mutation is found, that does not necessarily mean that the patient should immediately alter their lifestyle; after all, some mutations are benign, and therefore will not pose serious danger.

Cardiogenetics provides an exciting new tool that can help screen and detect certain inherited heart conditions and intervene early to prevent future heart problems, and the field will continue to evolve and grow ever more reliable as we move forward. As Director of Cardiogenetics, I am very pleased to bring this science to White Plains Hospital.

Dr. Marc Waase is a board-certified cardiac electrophysiologist and Director of Cardiogenetics at the White Plains Hospital Center for Advanced Medicine & Surgery. For an appointment, call 914-849-2690.