What Can Westchester Learn from Harvey?

We are horrified at the ongoing disaster in Texas and other  states hit by Hurricane Harvey, and  we are  trying to help any way we can.  At the same time, Harvey reminds us that the chances of floods in Westchester’s coastal areas are increasing. So we would do well to learn from Harvey and focus on how to prepare for floods of our own.

One area to consider are zoning laws. In Houston experts note that the absence of adequate zoning laws is partly to blame for the city’s severe flooding.  But what about our own zoning regulations? Do they prohibit building in flood-prone areas? Do they require buildings to have flood protective structures higher off the ground if they are in a flood plain? Are we still allowing development and building in wetland areas that would otherwise help protect us from damaging storm surges? 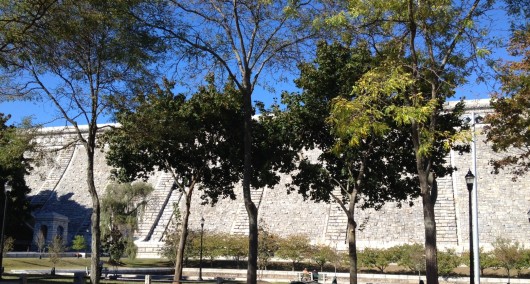 Another issue in Houston, according to the experts, was the need for controlled releases of water from their dams which were going to overflow. Would our dams be big enough and tall enough to weather a huge deluge like Harvey?  Or would they too overflow without controlled releases?

These are just some of the worrying questions raised by Harvey’s rampage. The costs of repair and restoration for Texas citizens are astronomical, but perhaps some of these costs can be avoided by other states and cities in the future by adopting environmentally-conscious local policies and planning.

I believe Gov. Cuomo’s Fuel NY initiative helps gas stations get back up power, but doesn’t require them to have it under the law. In June 2016 $12 million was announced to fund stations’ generators.
The press release said:

“Under Fuel NY, the State also has a system to deploy portable emergency generators to downstate stations that do not have permanent emergency generators in New York City, Long Island, and Rockland and Westchester counties. The installation of permanent generators through this new $12 million initiative will speed up electrical power availability to operate gas pumps. Further, it will reduce the need for portable generators and the associated cost and actions to secure, deliver and connect those generators in emergency conditions during the recovery period.

Did NY change its law about gas stations having there own back up power? FL has such a law and the gas shortage a big impediment after Sandy because most of our local gas stations don’t have backup power so they couldn’t open until the electricity was back on.