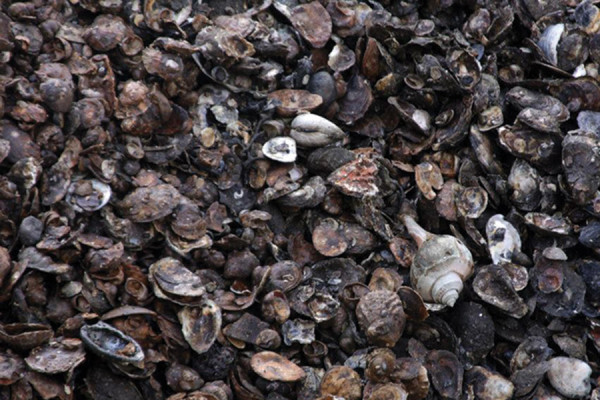 Meanwhile, old standbys such as winter flounder, Atlantic herring, and shellfish are slowly decreasing because they prefer cooler waters.

The report card is based on data collected by government agencies in Connecticut, New York State, New York City, and the University of Maryland Center for Environmental Science. It covers the entire Long Island watershed– about 1,300 square miles and almost 1 million acres of open and coastal waters.

Beach closures in the summer  because of high bacterial levels and shellfish beds that must be monitored for contamination are among the more visible effects of pollution on the more than 9 million residents living by the Sound, the report notes.

Fisheries such as oysters, scallops, and lobsters, as well as salt marshes and sea grasses that once were widespread also have been reduced as a result of  over-development, over-fishing, and climate change.

Overall,  five key water quality indicators in the Sound (dissolved oxygen, nitrogen, phosphorus, chlorophyll a, and water clarity) had good or very good grades except phosphorus, which had a poor grade in the report.

“It will be challenging to protect and restore Long Island Sound in the face of population pressure and climate change,” said project leader Professor William Dennison. “But it is heartening that there are still regions in the Sound with good water quality, thriving eel grass meadows and abundant fish and shellfish,” he said. “It is also a testament to the strong partnerships and robust monitoring programs that we could produce these Sound wide and report cards.”