Loop readers know we are a little bit fascinated with Westchester’s forgotten railroad, the New York, Westchester and Boston, whose former train stations and pieces of history dot the landscape in New Rochelle, Scarsdale, Pelham and White Plains…

This story told of a man who has traced the railroad through artifacts.

The Quaker Ridge station, below, is now a private residence near Stratton Road. The garden in front is now a suburban cul-de-sac. 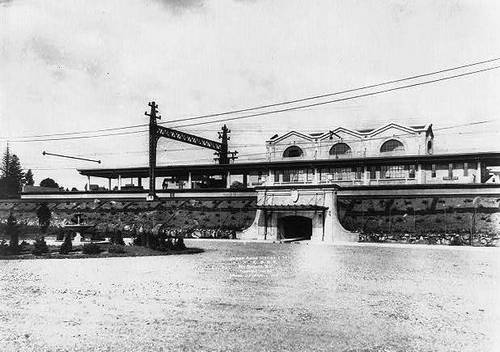 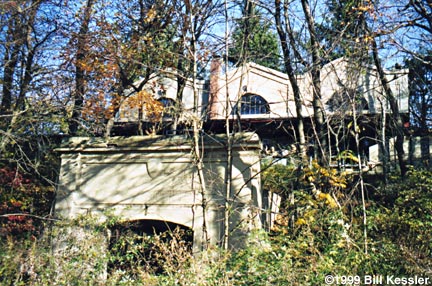 The New York Times published this about the NY, W&B.

The New York, Westchester & Boston Railway in the northeast Bronx celebrated its centennial in 2012. When conceived in 1872, it was assumed that it would eventually reach Boston, but instead at its lengthiest, it ran from southern Mott Haven in the Bronx to two terminals in Westchester County, at White Plains and at Port Chester. Construction was delayed for a few decades by the Panic of 1873, essentially a depression. Once emerging from receivership in the early 1900s, the railroad began anew in 1906 and built north, with the northernmost stations at Rye and Port Chester opening in 1928 and 1929. When most stations opened in 1912, the NYW&B was considered state of the art for its time, taking power from overhead lines, no grade crossings, high platforms to enable comfortable boarding, and spacious, architecturally attractive ticket offices/station houses.

Many of those stations stand as abandoned ghosts today, while some have been adapted for subway use: after the line went bankrupt in 1937, the City of New York saw a golden opportunity to expand service into Pelham Gardens and Eastchester,  more…

I grew up on pleasant ave white plains, ny and our packyard abutted the nyw&b rr line ending at white Plains I have three books the nyw&b rr by Herbert hardwood jr, westchester county’s million dollar a mile rr by Robert a. Bang, westchesters forgotten railway by roger arcana. As a model railroad hobbies I am b iulding a condensed version of the rr in n scale in my train room

0
Reply
Previous articleComing Up: Lots to Do this Week
Next articleToday’s Photo