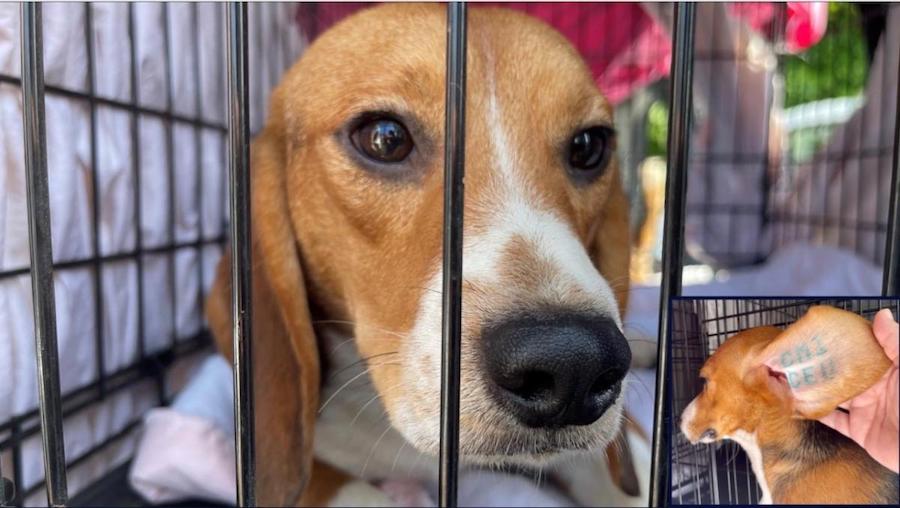 About 4,000 beagles housed at a Virginia facility that sold them to laboratories have been rescued by the Humane Society of the United States, and ten of them are at the Westchester SPCA and will soon be available for adoption.

The Humane Society is coordinating the removal of the beagles housed at an Envigo RMS LLC facility in Cumberland, VA, a facility the SPCA says was cited with 70 cruelty violations of the Federal Animal Welfare Act.

The transfer to other facilities will take place in stages over the next 60 days, and the dogs will be up for adoption via SPCA Westchester and other shelters and rescues.

“It’s unimaginable what these poor dogs have gone through, says Shannon Laukhuf, Executive Director of SPCA Westchester, and we’re honored the SPCA was asked to assist in giving these deserving, brave beagles a second chance.”

According to the SPCA, the transfer plan comes as a result of a lawsuit filed against Envigo by the Department of Justice in May, alleging Animal Welfare Act violations at the facility. Repeated federal inspections have resulted in dozens of violations, including findings that some dogs had been “euthanized” without first receiving anesthesia, that dogs had received inadequate veterinary care and insufficient food, and that they were living in unsanitary conditions.

Polly Kreisman, Publisher
Polly Kreisman founded and began publishing theLoop in 2007. She is a 15-time Emmy Award winning former television reporter. In New York she worked at WPIX TV, WWOR TV, WNBC TV and NY1. She covered politics on Capitol Hill in Washington DC earlier in her career. For the past several years she has pursued professional acting roles in film, television and commercials. She is the mother of twins, and therefore nothing scares her. She lives in Larchmont.
Facebook
Twitter
Pinterest
WhatsApp
Subscribe
Login