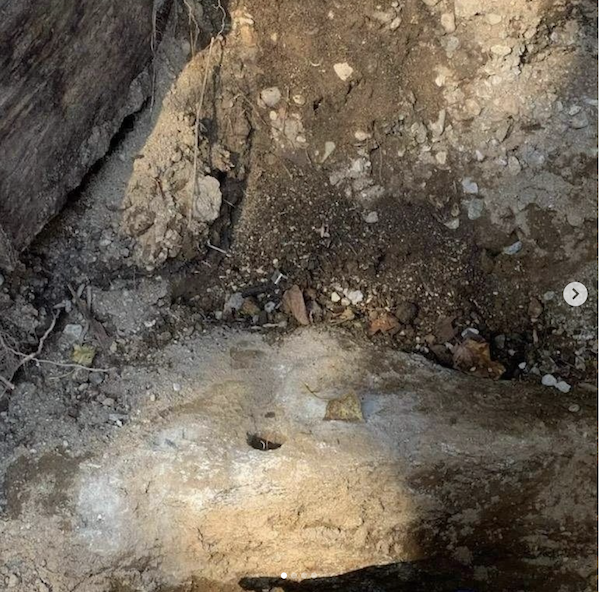 from the Westchester County Police Dept., at a site on Mamaroneck Ave. Wednesday near Saxon Wood Park:

Let’s just say there was no fire in the hole.

HDU (Hazardous Devices Unit) was called to Mamaroneck this morning about 10:30 after construction workers observed wires sticking out of an old boring hole on a site that was being excavated.

The possibility existed that if the wires were still there, maybe a stick of dynamite was too. The good news is that after HDU did its thing, it was determined that there was no hazard to the public.

It could be that just the wires were left behind when the site was blasted some 70 years ago. If there ever was some dynamite left behind, time, pressure, ground water and Mother Nature caused it disintegrate.

After carefully clearing out the boring hole, and running a camera down to check things out, HDU, along with a blasting expert, concluded there was no threat to safety. Work on the waterline project got back under way before 3 p.m.

We always say “if you see something say something.” Our hard hats are off to the workers who did that today.

Let’s file this one under Better Safe Than Sorry.