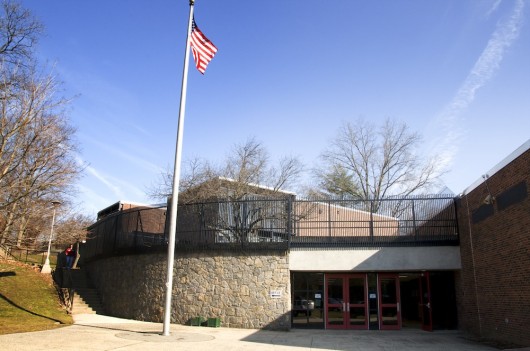 Do we need to take a close look at sexism in the school district as well as racism? Is any group or gender over or under represented in the teaching staff? How should we address this… fire teachers until we achieve gender balance?

Ye Gods. Remember what I said about giving little respect to anonymous contributions? ‘Anonymous’ is proving my point for me…

I worked for federal agency I won’t name for 22 years. What usually happens in cases like this someone cracks and then the finger pointing starts. If the OCR were to start another investigation its all over for people at the top. If the DOJ comes in here the pressure will be intense like a vise. Expect to see teachers and staff pointing fingers. I just wouldn’t want to be one of those teachers. My advice never cover for your superiors. They could never be fired for telling the truth whereas they risk being fired if they are covering for the principal. I remember a case I was involved in, I won’t say where, but they cleaned house. I’m sure people are not sleeping nights over this.

Don’t see how 4 teachers, school psychologist, assistant principal, and principal all ignored race-neutral guidelines and created segregation in kindergarten. Amazing when you consider all that brain power sitting at a table and they couldn’t do their job. They couldn’t get it right. Someone is covering for someone!

To the uninformed and ignorant person who posted that the four kindergarten teachers lied to the commission – shame on you. Those women are all well respected educators, with high integrity. You obviously are not. These teachers are loving, caring, intelligent and not racist, just as we want are children to be. Thankfully they taught our children wonderfully last year, despite the turmoil around them. They should not be thrown under the bus with the administration nor district.

I’m afraid I’m from the old-school internet where anyone unwilling to put their name behind their opinion was generally treated with considerably less respect.

There were exceptions of course – in one area I frequented back in the ’90s, ‘Gharlane of Eddore’ was a frequent contributor of the highest quality and reputation, and he remained entirely anonymous until after he had passed away. But he was the exception rather than the rule; the netiquette I was inculcated with held anonymity to be childish, unless the poster was a dissenter under threat of persecution, for instance. But I digress considerably!

IMHO…its nice to have the anonymous option. you will get more people willing to respond. perhaps a reminder though, because it IS so easy to forget putting that info in when you are just focusing on replying.

Do u think we should require a log in? Would love some opinions.
Editor

Mike, some great points you’ve made! If someone were to ask me the “what are you” question, my response would be “AMERICAN”. So would my kids. Going beyond, getting racial and asking our race…well that is entirely up for debate. My kids LOOK caucasian. But are half south asian. Does this mean that THEY will get to choose for their own benefit whether they belong to the “white majority” or to the “south asian minority”? America is a melting pot. we are all AMERICANS first and foremost. We have come such a long way since the birth of our country and race should not matter, should not be a defining criteria in ANY setting. That is how I have seen this community and this school district operate. This school district is top rated and there is reason for this.

and just a note abt anon posts…when you rip off a comment without pausing to fill in the top of the form, it doesnt remind you to log in, add your name etc. It just posts. I did this once, ripped off a reply OOPS forgot my name at the top and it just posted as anonymous.

Oh I missed a question from DM, asking if any posters were non-white?

My skin is white, but I’m an immigrant from a very different culture – in fact, from friends I’ve made and conversations I’ve had, in some respects my culture and ‘worldview’ has more in common with Native American and Pacific Island cultures.

I may look like you but I am not you – and neither are my kids.

Oh and there are too many people here posting under the ‘anonymous’ handle; it gets quite confusing. Have the courage of your convictions and use your own name as I do!