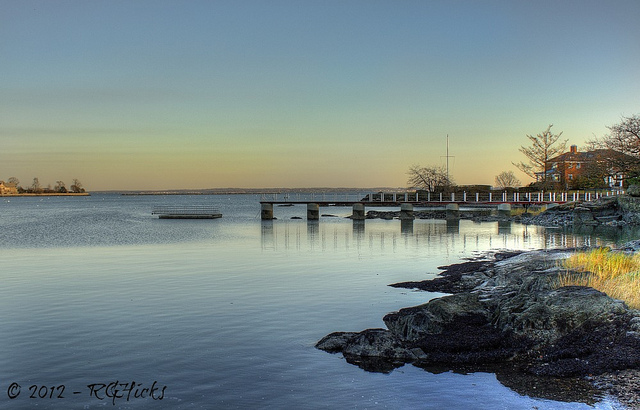 March 31st marks the end of New York State’s fiscal year and the deadline for a new budget appropriation for the state’s Environmental Protection Fund (EPF) — that’s the fund used by state agencies for the past 20 years to protect our waterways, air quality, parks, zoos, recycling programs, working farms, and, at the same time, the fund that pays for an estimated 350,000 high quality jobs.

The EPF’s budget can dramatically affect a dozens of Westchester communities that are desperately struggling for funds to fix broken, leaking sewer pipes and prevent beach closings that happen each summer because bacteria and other disease-causing organisms are in rivers and Long Island Sound itself.  Rye Brook, Port Chester, Rye, Harrison, White Plains, Scarsdale, Mamaroneck Village, Mamaroneck Town, Larchmont, New Rochelle, Pelham, and Pelham Manor could all be severely affected by a shortfall in the EPA’s budget appropriation, as well as towns along the Hudson.

As a result, several environmental groups are urging legislators and citizens to ask Governor Cuomo to increase funding for EPF to $200 million from the $157 million he has proposed. In fact, according to The Nature Conservancy, the EPF was funded at $255 million in pre-recession years, so asking to increase the fund to $200 million now is actually a modest step towards the EPF making a full recovery.

The urgent need to increase EPF’s funds was the subject of a recent editorial in the New York Times “Shortchanging New York’s Environment” calling the Governor’s $157 million proposal “paltry” and “not enough for the basic environmental needs of a large state.”  The Times editorial also pointed out that the money is already available:

“….Some of the state’s real estate transfer tax is supposed to be diverted to the fund; the tax is expected to yield nearly $900 million over the next year. The law requiring the recycling of bottles is supposed to be another source of revenue, but only $20 million of the anticipated $100 million in recycling money is earmarked for the fund…In short, the money is there. It’s not asking too much of Mr. Cuomo to use some of it for these very basic needs.”

According to the nonprofit watchdog group, Save the Sound, communities along the shore need much more help from EPF to protect and clean up the waterfront. In a letter to the Times in response to its editorial, Save the Sound’s Legislative and Legal Director, Leah Lopez Schmalz wrote that  “Mamaroneck recently spent $3 million to repair just five miles of aging sewers. Multiply that by the hundreds of miles of sewers needing repair, and it’s clear that municipalities need state assistance. It’s unconscionable that sewage contaminates our beaches when money exists to fix the problem.” 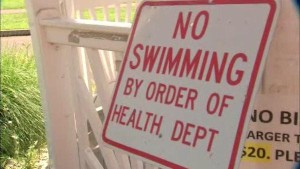 At a January hearing on the EPF budget cuts, the nonprofit Riverkeeper, based in Ossining, testified that the state’s Department of Environmental Conservation (DEC) lacks sufficient resources to do its job and  has become “a shadow of its former self with three times the staff cuts of the average state agency.” The testimony by Tracy Brown, Water Quality Advocate, went on to say:

“We are living in a climate where our waste water facilities are operating up to 30 years past when they were designed to, and budget cuts over the past several years have led to the complete elimination of routine water pollution permit compliance monitoring. New York State must reverse this trend and deal with our mounting environmental challenges today before we end up paying much more in the end in recovery and repair.”

Brown also noted that last year the DEC’s ambient water quality monitoring budget was cut by a third, from $640,000 to $440,000. Those cuts meant eliminating pathogen testing, pesticide testing, and PCB testing. The tests were cut even though New York State currently lists many waterways as impaired for these pollutants, and many more are suspected of impairment. In addition, DEC budget cuts have forced a halt to routine water pollution permit compliance monitoring, which means that businesses and municipalities that have discharge permits get no spot inspections by the agency.

The good news is that both the state Assembly and the Senate recognize the need to rebuild the EPF and have already proposed increases beyond the Governor’s proposal. Right now crucial talks between the Legislature and the Governor are in progress.

Environmental groups have formed a campaign to urge the governor to increase EPF funds.  For more information on the campaign, visit http://keepprotectingny.com.  You also can also send in your questions or comments on the proposed EPF budget directly to the DEC at: jamyers@gw.dec.state.ny.us.