A 52 year-old Mamaroneck woman was seriously injured after being struck by a vehicle on Mamaroneck Avenue at Halstead Avenue on September 1. 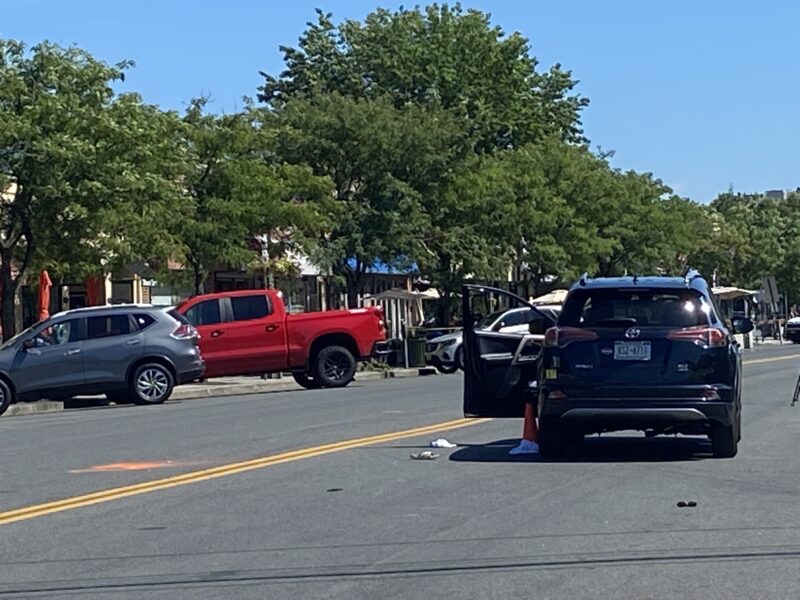 An EMS worker who just happened to see the accident, and immediately rendered aid to the victim. The driver, an 86 year-old Mamaroneck resident, remained on the scene and was cited for the violation of Failing to Exercise Due Care. The injured woman was taken to Westchester Medical Center. The Westchester County Accident Investigation Unit responded to the scene to complete an accident reconstruction. 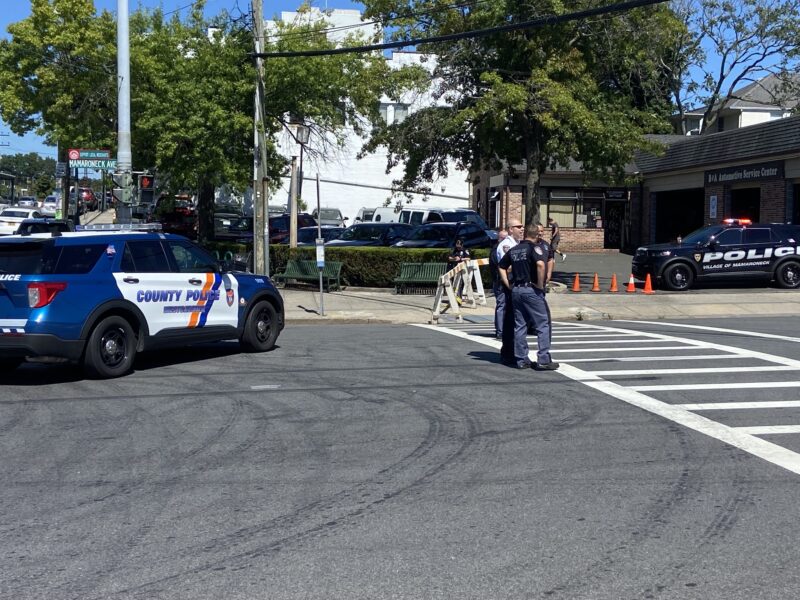 August 23, 2022 Stolen Vehicle, North Barry Avenue  Man was arrested shortly after a moped was reported stolen. The suspect was discovered on East Boston Post Road walking with the moped, not riding it.

August 8, 2022. Stolen Vehicle Recovered, East Boston Post Road. Officer on routine patrol observed a suspicious vehicle idling in the parking lot of a business already closed for the evening. The vehicle fled the location with the officer following directly. The officer found the vehicle crashed at North Barry Avenue and First Street with no occupants. Police from neighboring communities including Larchmont, Town of Mamaroneck and Peekskill were called in and set up a search for the suspect. The suspect, 32 year old Rickford Typhus of Queens was found hiding in a backyard. According to police the vehicle was stolen from New York City.

Inside the vehicle officers discovered pry bars, tools typically used in burglaries. Typhus is charged with Criminal Possession of Stolen Property (Felony) and misdemeanor charges of Possession of Burglary Tools, Resisting Arrest and Obstructing Governmental Administration. The suspect wablos processed and released on an Appearance Ticket.

August 5, 2022 Burglary Residence, New Street. Woman reports being awoken by a noise from her apartment window. and when she checked the the screen was cut and there was a ladder outside her window. Investigation is ongoing.

August 1, 2022 Assault,  Stabbing, Speedway on Mamaroneck Avenue. An 18 year-old male  arrived at the police department suffering a stab wound to the chest. The victim was immediately transported to the hospital. An investigation revealed the victim and suspect knew each other and had an ongoing dispute. The altercation occurred at Speedway Gasolone.  20 year-old Jarius D. Gaylord of Mamaroneck was arrested and charged with felony Second Degree Assault. He was arrainged and released on $5000 bail.