In Scarsdale Undercover, we share some of the more…unusual…police activity that seems to occur only in Scarsdale, New York. 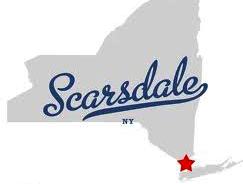 The “real” crimes will continue to appear in our weekly Police Blotter.

A local homeowner on Feb. 14 reported a gray minivan parked outside his home with its hazard lights on and unknown person ringing his doorbell several times.  Upon investigation, police found a pharmacy delivery dropped off at the front door.

A Brookby Road resident on Feb.15 reported a neighborhood dog using her lawn as a bathroom.  When police tried to investigate the complaint further, the caller said she just wanted the incident on the record.

A caller on Feb. 15 reported a man driving a green Acura looking into driveways. Police couldn’t find the guy.

A Brown Road resident on Feb. 16 reported a Con Ed truck parked and he or she “feels suspicious about it.” The crew, in Con Ed uniforms, two clearly labeled Con Edison trucks and a backhoe were on the job.

On Feb. 21, a Paddington Road resident reported two men claiming to be working for Verizon but wouldn’t show ID. After questioning the two workers, who were wearing Verizon hats and jackets and sitting in a Verizon van, police determined that they worked for Verizon.

A Mamaroneck Road resident reported a dog barking for an extended period of time on Feb. 17. Police found the dog was “outside briefly to conduct its outside business” and then promptly brought in.