Actress Julianna Margulies, who recently was nominated for a Golden Globe for her role in The Good Wife drama on CBS, and Noah Hawley who won for creating the best mini-series, FX’s Fargo, both went to Sarah Lawrence College in Bronxville.

Margulies, Class of ’89,  and Hawley, also Class of ’89, got their start in student productions and benefited from the college’s focus on the arts. Sarah Lawrence was one of the first colleges in the U.S. to include the arts within its curriculum. Along with Bennington College in Vermont, it offered a unique “progressive education,” starting in the 1930’s. 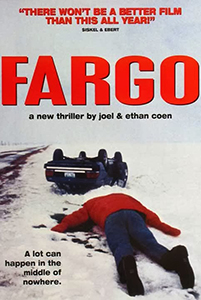 Today, the  Performing Arts Center at Sarah Lawrence houses several different, unique spaces. The Frances Ann Cannon Workshop Theatre, which is modeled after the Globe Theatre of Shakespeare, is the first permanent environmental theatre built in the U. S. and is designed to be run entirely by students who mount the productions.

While a student, Margulies says, she was involved in New York City performing arts. She notes that her ability to analyze scripts and to create roles stems from her academic studies at Sarah Lawrence.

Also noteworthy is the fact that the college has “gone green” with an amazing visual arts center. The Heimbold Visual Arts Center (left), completed in 2004, is the first LEED certified college or university visual arts building.