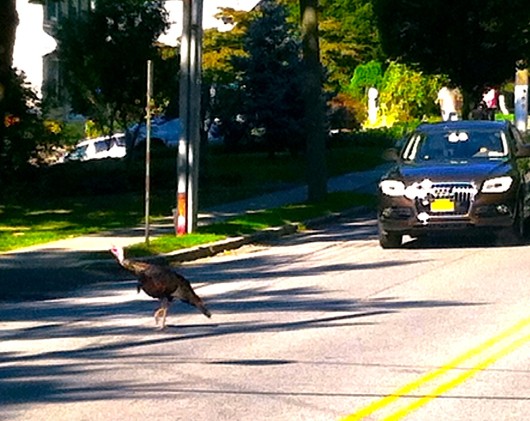 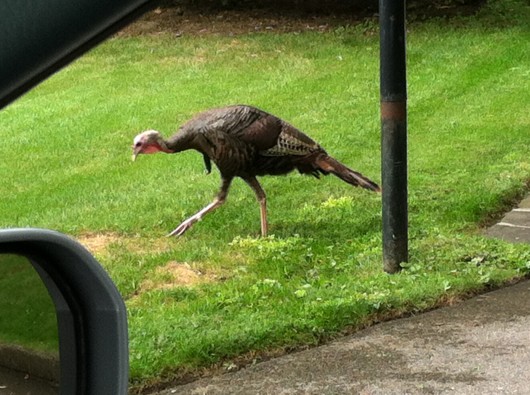 Everyone is talking about her, and yes we do think she’s a she. 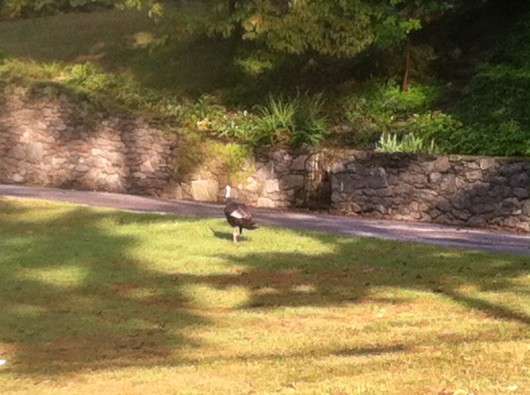 Since July, a lone wild turkey has been living in and near Memorial Park and the field behind Carleton House apartments in the Town of Mamaroneck, and now, all grown up, she’s stopping traffic in the morning when she crosses North Chatsworth Avenue. 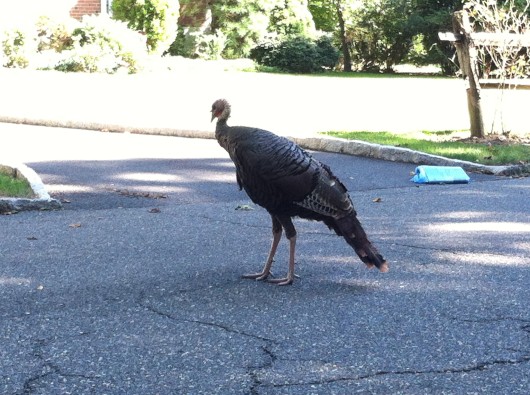 You may joke that it must be turkey season, but according to the Saw Mill River Audubon, wild turkeys are protected in New York State. We just never expected one to be cruising the streets. 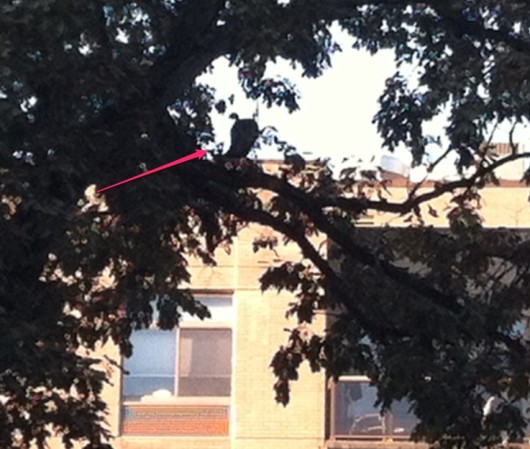 According to the Auduboners, “The return of the wild turkey to New York State is truly a success story in the field of wildlife conservation. Wild turkey populations in New York State have increased dramatically from an estimated 2,000 in 1959 to over 65,000 in 1990.” 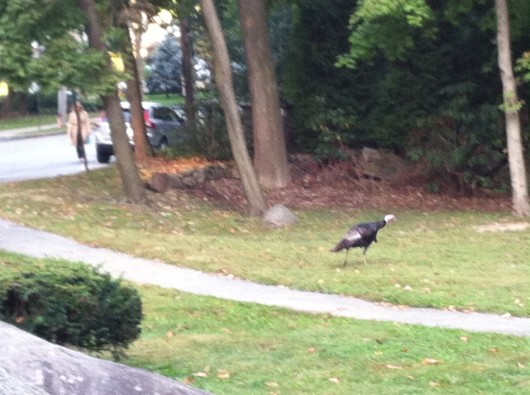 If you’re lucky enough to hear her calling early in the morning, you may be grateful there’s only one more turkey in this town.

Thanks to all that submitted photos

I saw the turkey this morning in the parking lot next to the larchmont train station!