Town of Mamaroneck Break Cuts Water to “A lot of People”

A gushing water main break in the Town of Mamaroneck Thursday night disrupted service to homes and businesses in parts of Larchmont and New Rochelle until very early Friday Morning.

David Birdsall,  Business Director of the Westchester Joint Water Works, said he couldn’t say exactly how many customers were impacted by the burst of the 12- inch pipe, which occurred during repairs. A Chief Water Treatment Operator would say only that “it was a lot of people.”  The area includes homes and several apartment buildings.

The incident was reported about 5:30 pm at the intersection of Madison and Fifth Avenues, where gallons of water were pooling. Water service was cut off until about 2:30 am to customers, reported the WJWW.

Discolored or spurting water at indoor taps should run clear after a few minutes. 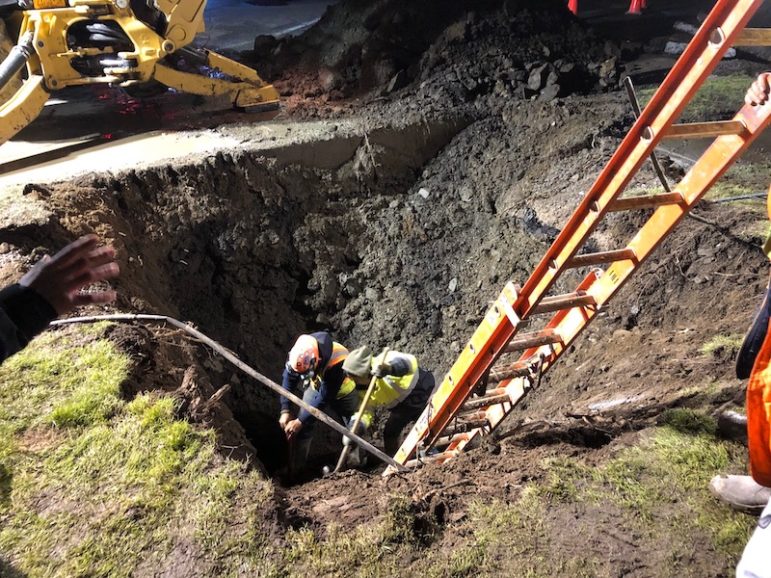 “The WJWW supplies water on a retail basis to its member municipalities and to portions of the City of Rye and the City of New Rochelle.  It also sells water on a wholesale basis to the Village of Larchmont and Suez Water Westchester, according to its website. 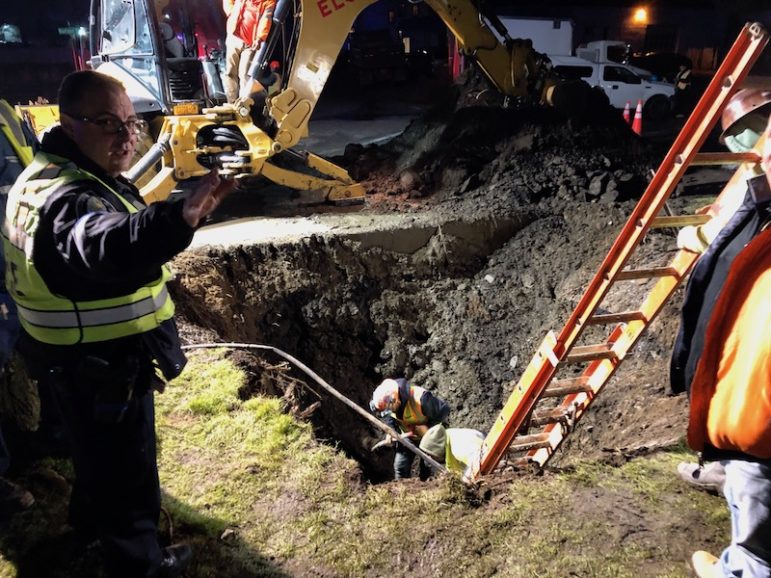 Just for the record. A lot is two words.