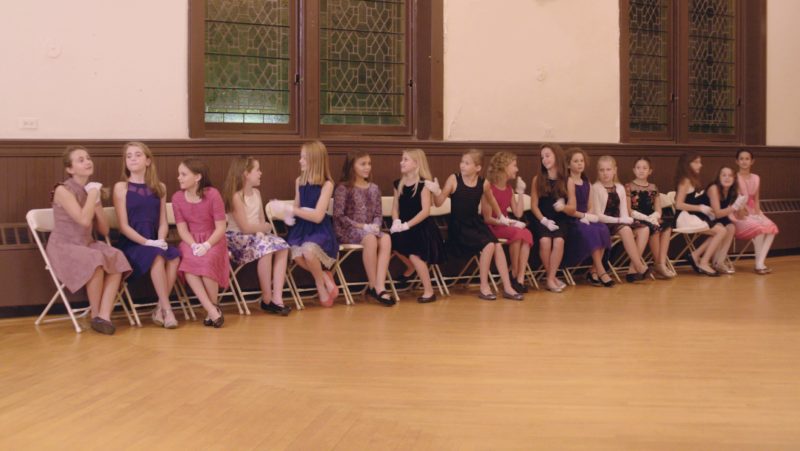 The iconic tradition of Friday night ballroom classes in Larchmont, the Larchmont Music Academy and the Chatsworth Avenue School band are featured in a new movie.

Noah Wise is the latest film by former local resident and Mamaroneck High School grad, Ben Zuckert. The movie tells the story of a saxophonist who, like many musicians finds making a living difficult and decides to take a new path as a 5thgrade band teacher. As the musician’s quartet comes to an end he meets a singer-songwriter whose career is just beginning.

Noah Wise will be shown at 7 PM on Tuesday, May 21 at the Emelin Theatre. The screening will be followed by a discussion with The Center for Continuing Education’s film instructor Dr. Michael DiGennaro.

Larchmont locations are featured in the film including Chatsworth Avenue School, Larchmont Music Academy, and the Ballroom dance program at St. John’s Church. Making their first on-screen performances are a group of music students from Chatsworth and Hommocks Middle School. They play ‘The Blue Rock,’ a song familiar to many Chatsworth alumni and parents. The song was taught by Chatsworth band teacher Peter Kanyuk for over 30 years. According to Ben, “I played ‘The Blue Rock’ when I was at Chatsworth. It was a rite of passage for 5th graders, but students no longer learn it now that Mr. Kanyuk isn’t there. Fortunately, Claudia Huter of the Larchmont Music Academy stepped in to teach it to the students.”

Zuckert not only wrote and directed the film, he also composed the music. The independent film was screened at the Twin Cities Film Fest, where it was nominated for best feature and at the Hof International Film Festival in Germany.

This is Zuckert’s second feature. His first film Larchmont was also screened by The Center. According to Diane Cashman, Executive Director at The Center, “We’re thrilled to have Ben share his work with us. And, we’re pleased that we can provide this opportunity for the community to see the film.”

Tickets are $18. For more information and to purchase tickets: https://registration.xenegrade.com/lmcce/courseDisplay.cfm?schID=2136or call 698-9126.