To the Editor: Larchmont Dump Not Suitable for Voting 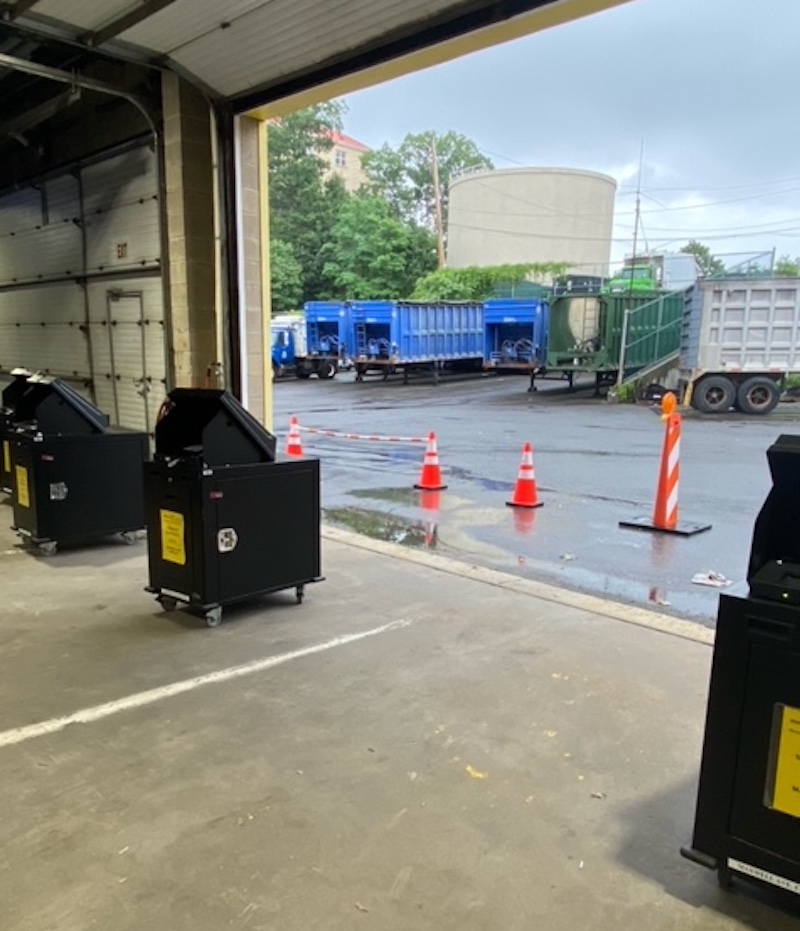 Dear Editor:
I have been voting at the Murray Avenue School since the ’70s, when I became of age.  This year, for the first time, the School Board did not allow voting at Murray.According to a letter to the Loop, this was because the “Superintendent … cited Covid or facility constraints or ‘not wanting strangers in the buildings’.”  These reasons make no sense because Murray was a site for the School Board elections only a few weeks ago.  Also, while protecting the children is of course important, the people who would be voting at Murray are the same people the children are in contact with on a daily basis such as their parents and neighbors.
Murray is part of the community of the districts which vote there.  Many people walk to Murray to vote.  Many parents find it convenient to vote when picking up or dropping off their children who are students there.  No one in the Murray districts lives near the Maxwell dump and voters yesterday complained of voter suppression and being disenfranchised.
Besides being a Murray voter, I have been an Inspector of Elections for the Murray districts since 2013.  The Maxwell dump was clearly not a suitable facility for voting.  The polls were set up in a working garage of the Town’s Highway Department.  When we arrived at 5:00 a.m., the garage was stifling from the prior day’s heat and humidity and reeked of engine exhaust, so we opened the doors to cool things off and let in some fresh air.  While things cooled off, the poll workers were exposed to the smell for the 16+ hours we were there.  With the doors open, the noise from the returning garbage trucks as they dumped their loads was so loud, we could not hear voters tell us their name.  Also, when the trucks dumped their load, some of the garbage missed the trailer and blew across the yard and under our tables before the workers had a chance to gather it all.  Later in the day, when it started to rain, we had to pull the voting machines back so they would not get wet, but the humidity was high and the ballot books felt damp.  It made for a long day exposed to the elements, as opposed to being in a climate controlled school auditorium.
It should be noted that the Town Highway Department was a great host (special shout out to Chris and John).  They quickly ran out extension cords so we could get the polls open by 6:00 a.m. and hung a tarp to separate us from the huge snow plow trucks that were still in the garage.  They also kept making fresh coffee for us in their break room throughout the day.
Last November, at the height of the pandemic, we held the voting for the general election at Murray with poll workers wearing protective equipment and wiping down the machines, pens, and carrells.  Now, with the pandemic winding down and restrictions being lifted, things were made unnecessarily difficult for both the voters and the poll workers by being evicted from Murray.  Everyone gave it their best effort, but let’s hope for a return to Murray in November (the Maxwell garage could be cold).  The voters of the Murray District pay some of the highest school taxes in the country.  The School Board should understand that the schools are part of the fabric of the community which supports the schools.
Respectfully submitted,
Robert S. Herbst
First time here? Please... subscribe to our newsletter!
Welcome back! Please subscribe to our newsletter!   Just click here.

Contact the County Board of Elections in White Plains.

John, do you walk the walk? Take the classes, pass the test, and then come work the polls from 5:00 a.m. until after 9:00 p.m. Then you decide whether the poll workers are pathetic and entitled.

Fair point. I was thinking in terms of voters, not poll workers (as the prior whiny complaint was all about that). That said, where do I sign up?

Well, at least this complaint is more reasoned and thoughtful than the last one. And Mr. Herbst doesn’t hesitate to step up and give his name. But…

Voter suppression and being disenfranchised? Seriously? The use of that language in this context is, in my humble opinion, an affront to the people who have actually experienced such things. What next, having to vote at the dump is racist?

This is a tempest in a teapot and I’m not even sure why I’m bothering to respond (again). It just seems to me so pathetic and entitled. Are we really so “special” that we can’t abide a simple accomodation to the school district, and can’t soil our pretty little feet walking on “dump” property? Good grief.