Don’t go anywhere before logging on and checking in. 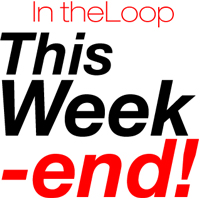 New Rochelle High School’s Museum of Arts & Culture currently has an exhibit called Silents are Golden: Celebrating the 100th anniversary of the Thanhouser Film Company, an homage to a New Rochelle institution that created hundreds of silent films in the early part of the century.  Fraulein Maria, an awesome dance interpretation of The Sound of Music will be showing at the Emelin at 8:00 Saturday night as part of their dance series.  Tickets are $40, www.emelin.org.

PGArtventure had an opening reception for a new exhibit on Thursday, November 5th, but it is running until the 28th.  It is a painting and installation collection by Rolf Saint Agnes called “Unplugged” and the theme is social commentary mixed with humor.  www.pgartventure.com

Mamaroneck Artist’s Guild in Larchmont is having a reception for its November exhibit on Saturday from 3 – 5.  It is a solo show featuring photographs by Robert Baron called “Against the Grain.”  www.mamaroneckartistsguild.com

The Hudson Stage Company opens its new season with ‘Rabbit Hole’, a play about the ‘unraveling’ of a Larchmont family that won a Pulitzer prize when it debuted.  “Rabbit Hole” will be at the Woodward Hall Theater in Briarcliff all weekend, and tickets are $20 – 30.  www.hudsonstage.com

Mammals and Travel: Nature Adventures at the Weinberg Nature Center in Scarsdale.  Learn about animals and how they blend into their surroundings while looking for food.  Ages 6 to 10 and families, $15.

The Rye Nature Center is having two great events this weekend.  On Sunday there will be a Trail Race through the RNC’s trails to benefit the organization at 10 am.  Entry fee is $25 for teenagers and $45 for adults.  Also on Sunday there will be a Fall Festival from 12 – 3, with food, music, scarecrow building, and other crafts in addition to appearances by performers from Wintuk by Cirque du Soleil.  www.ryenaturecenter.org

COMMUNITY: Hungry Hearts: 350 years of American Jewish History in Fiction and Biography", an illustrated presentation of the history of the first Jewish immigrants and their stories, will be given at the New Rochelle Library on Sunday, www.nrpl.org

The Woman’s Club of Mamaroneck is having a Scholarship fundraiser on Friday.  The price is $10, call Gloria for details and reservations: 698 – 0644.

Judith Golds
tein, a holocaust survivor, will present an exhibit of works from her memories of the labor camp she was forced into with her mother and of happier times called “Joys and Sorrows” at the New Rochelle Public Library. Through Nov. 30