19 vehicles, possibly more, were broken into and one vehicle was stolen in the overnight hours August 10 in the Harbor Heights neighborhood in the Village of Mamaroneck.

It was easy pickings for thieves as all of the vehicles were left unlocked.

Police say that while 19 vehicles were reported entered and rummaged through, it is quite possible that there were additional vehicles entered that went unreported.  A total of $50 was taken from the different vehicles.

The stolen vehicle, a 2001 Jeep Grand Cherokee, was not only left unlocked, but also had a spare key inside.

Police say, in recent weeks there has been a sharp rise in the number of vehicle thefts and vehicle break-ins. A Village of Mamaroneck Police spokesperson says “It is possible the same group of individuals are perpetrating these crimes throughout the county.”

There is a very simple way to prevent these break-ins. The Mamaroneck Police Benevolent Association asks everyone to remove valuables and keys from your vehicle and lock your doors. Remember phone, wallet, keys and LOCK YOUR CAR. 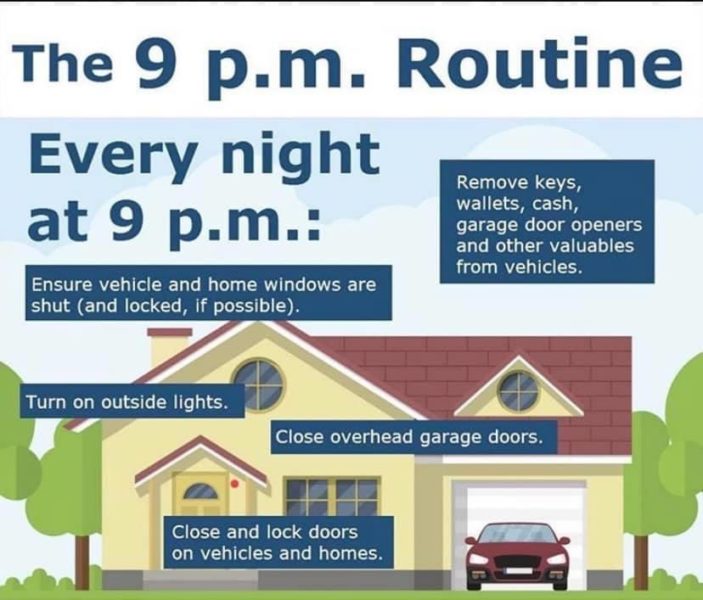 Pretty Sad you have to tell people to lock their car / home, as bad as telling them to wash their hands ~

0
Reply
Previous article
After Isaias: Where to Complain
Next article
Poison Ivy: How to Recognize and Treat