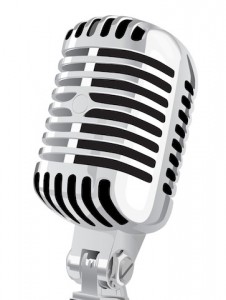 ‘Open Mike’ is your chance to speak about any Loop article or anything at all. To submit a letter to Open Mike, email openmike@theloopny.com

I’m a little taken aback by the article posted on the loop regarding senior bullying. The “terrorist” is one of my best friends and his parents are shocked and insulted that a local blog would so unfairly slander him.

To make matters worse, the people trying to defend him are having their comments taken down.

I was hoping I could be given the opportunity to write some sort of article/op ed defending the accused “terrorist”. After being asked many times to write for the loop and following the blog for many years I’ve found somewhat of a problem with the way the website handles criticism. While they have no problem exposing personal details of unfortunate local incidents, I have had numerous experiences in which the loop has removed critical comments that i have posted.

While it is certainly the goal of the website to disclose information for the good of the community, no good can come of one-sided editorials that bash members of our tight-knit community. And if such cyber bullying is permitted, responses that may be deemed offensive to the Loop should not be disregarded. There’s a wonderful irony in an anti-bullying article that contains the picture of a completely innocent student that we are now supposed to see as a terrorist.

Thank you, Jake, for your letter. Our intention was not to single out one student, but to report that parents who worry about this topical issue found fault with a system they felt was glorifying it.

As far as your submitted comments, that you write were not published, we have a long history of publishing all sides of an issue; as editors, we feel the conversation is far more important than any (perceived) editorial bias. The only reasons a comment is not posted, and this is clearly stated in every comment form, is if they contain any personal attacks or factual errors.