The Way We Were: North Chatsworth Avenue and The Larchmont Hotel 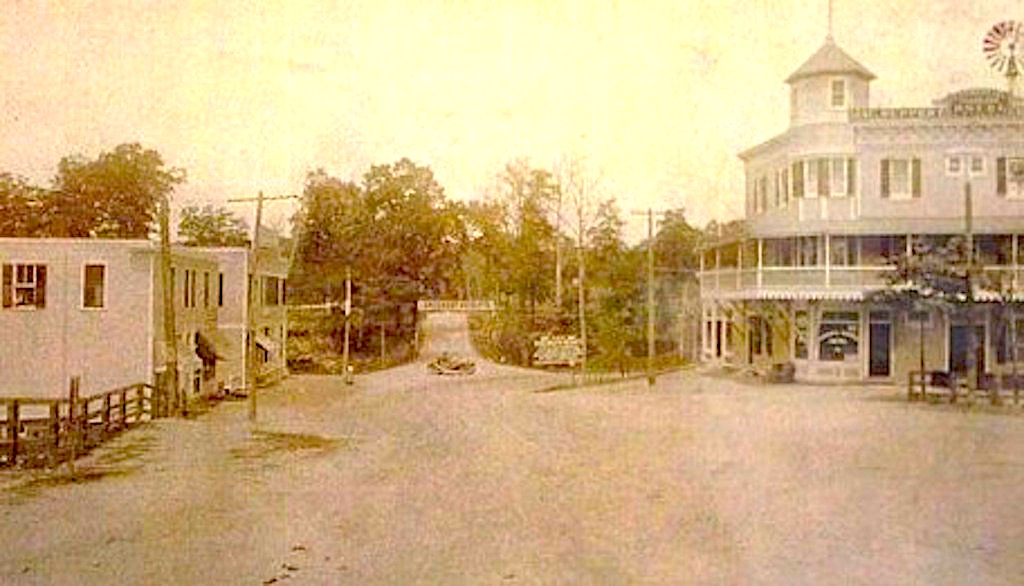 At one of the busiest intersections in the Town of Mamaroneck, just north of the 1-95 overpass and the train station, once stood a charming country road with a well-known hotel.

In the photo above, which has not been dated, but was probably a little later than 1900, a banner above the car in the center leads to “Larchmont Heights” straight ahead and there is a sign for”Chatsworth Heights” to the right of center. That sign is touting that it’s a 5 minute walk to the station, lots at low prices on easy terms, high class improvements, reasonable restrictions, and inducements to homeowners from Chatsworth Heights Realty Co, Larchmont NY.

Larchmont Historical Society‘s Lynne Crowley told us a few years ago that the hotel was known as J.A.C. Ruppert Commercial Travelers Hotel.  It also had been known as The Larchmont Café with L.B. Tompkins, Proprietor, in the late 1890s according to a street directory of that time.

“Peter Reinstein was operating it as The Larchmont Hotel by 1901 according to our street directories and on through the teens. The building was reportedy razed in 1925.  An article in our files says ‘Peter Reinstein’s Hotel and Bar had a room so large that boxing bouts were held there..'” 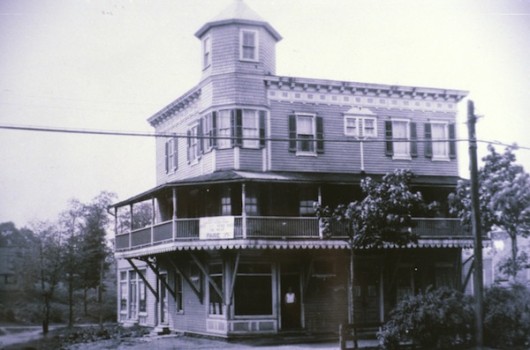 Crowley also sent this shot of just The Larchmont Hotel, dated 1919. She says that the person in the doorway to the bar is Frank Branigan, son-in-law of Peter Reinstein.  Wonder what they would think of that intersection now?

Kind of wish it was the way we are now!

They would be rolling in their graves!