The Way We Were: Fountain Square 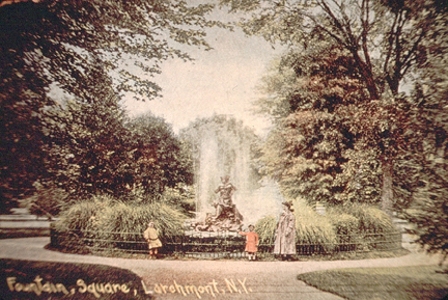 Helena Flint made the grand tour of Europe in 1894 and returned to Larchmont with a monumental fountain to be placed in memory of her father, Larchmont Manor Company founder T.J.S. Flint.

The Mermaid’s Cradle was the work of Harriet Hosmer, an American sculptor working in Rome. The darling of European literati and minor nobility, Hosmer was renowned in the 19th Century for her neo-classical marbles.

“The Church Park,” now Fountain Square, was redesigned as a setting for the sculpture by Walter C. Hunting, who was the architect of the adjacent St. John’s Episcopal Church, then under construction. 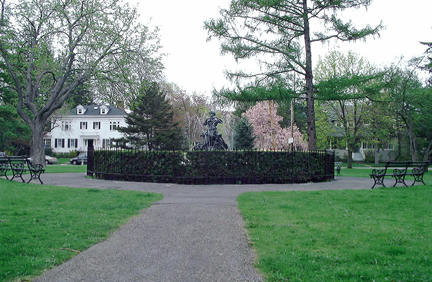 Loved this fountain since I was a little girl. It’s great to know some history behind it!

glad you liked it!

How lush it was, how near austere and lacklustre it is today….