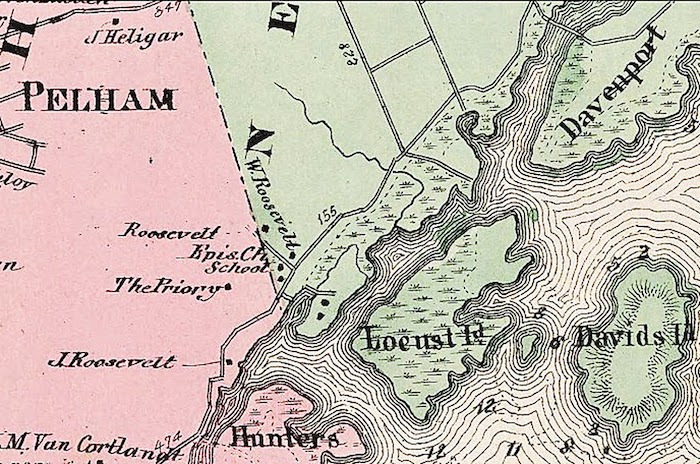 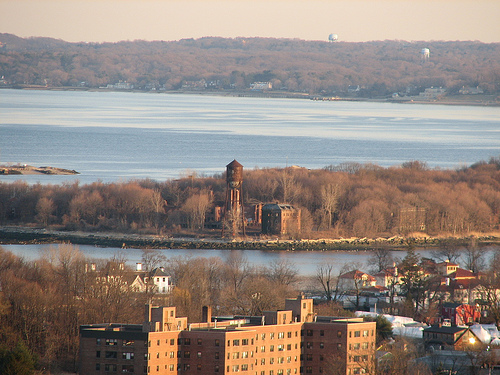 Ever wonder about David Island, just off New Rochelle?

This 80-acre island a quarter-mile from Davenport Neck in New Rochelle was part of Thomas Pell’s purchase from the Siwanoys and was sold in 1667 to Jacob Leisler for a group of Huguenot settlers. In the early 19th century the island was leased to Thaddeus Davids, who intended to build an ink factory there.

The Civil War intervened, and Davids Island was sold to the U.S. Government, which established DeCamp General Hospital there for the treatment of wounded soldiers. This subsequently became Fort Slocum, a recruiting and training center for troops through 1957 and the Army Information School until 1965.

The following year, it was sold to the City of New Rochelle for $1.

Unoccupied since that time, it was declared an Urban Renewal Area in 1977. latest plans for Davids Island are for County parkland. Failed proposals included a development of Condominiums, called Xanadu, Con Ed’s proposal  for a nuclear power plant and Donald Trump’s interest, also for development.

The remaining ruins of Ft. Slocum were removed in 2008.