The Way We Were: Going Slow in Larchmont 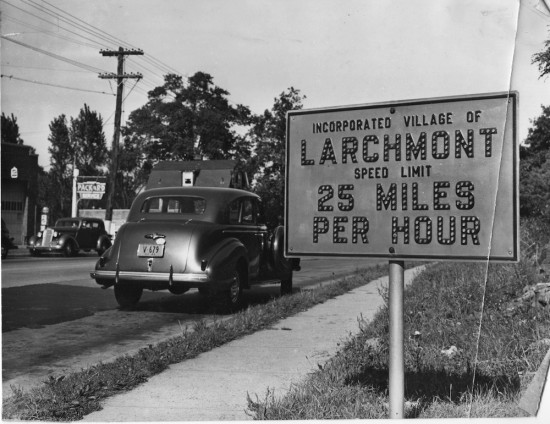 Over at the Larchmont Historical Society Archives, historian Lynne Crowley keeps this photo (among many thousands, a significant number now available digitally) of the Boston Post Road around the 1940’s, judging by the cars.

Imagine her surprise when one day, a gentleman walked into her office in the Mamaroneck Town Center, with the sign that’s in the photo. 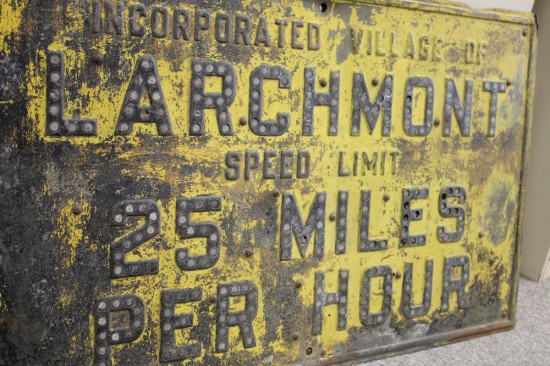 “This has to be it,” says Crowley. “Or one exactly like it.” She plans to have it mounted on the wall, but she’ll need help. It feels like it weighs a ton.

The original photo at top is by Herb Roth, who was a local resident and a well-known cartoonist. He worked for the New York World and the New York Herald Tribune, but also published his cartoons and illustrations independently.