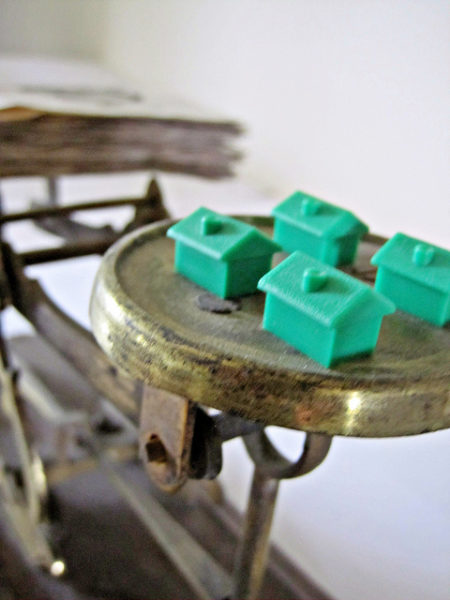 Larchmont resident Ralph Engel writes again about his own and others’ frustrations navigating the current Town of Mamaroneck property reassessment process.

An example of how well everything is being handled is the letter, dated December 30, 2011, that the Town Council members sent to us, the one that we received last week. It told us that we could watch a replay of the reassessment Workshops, on LMC-TV, “everyday[sic] from Thursday, December 22, to Friday, January 6….” The letter was mailed by the Town on January 6th (the date is on the postmark)–so that no one received the letter in time to see any of the touted broadcasts.

In the letter the Town did respond to some of the issues that have been raised. (see Will You Let the Assessors into your Home?)

The Town’s letter states, in pertinent part, that “a basement with a less than legal height would not be considered a useable area….” The questionnaire the Town sent us, dated November 14, 2011, defined “Basement Type” as pier/slab, crawl, partial and full, and defined the latter two as “an area 6 feet or more in height….” The questionnaire also asked for “Finished Basement Size”, and defined “Finished Basement” as “basement area finished for use as living area.”

Both the questionnaire and the letter, however, ignore New York State law as to what is a “habitable” basement, which, I believe, most people would consider as the same as “finished for use as living area.” Under New York law such a basement has to be “6 feet or more in height”, but if ducts, pipes, etc. under which people walk are lower than that the basement may not be considered “6 feet or more in height” and thus may not be legally habitable. Furthermore, unless it has two (repeat, two) or more means of egress it is not considered habitable, and one may not legally permit anyone to live there which, I suggest, is what most people would consider a “living” area.

The Town’s letter also states that, if a Town property owner made improvements which are discovered, or disclosed, as part of the reassessment process, presumably because the property owner let the reassessment people into his/her house or onto his/her property (so that the reassessment people may peer into the windows and see what they can see), and if the property owner made improvements “without obtaining proper permits [the] Town will require these property owners to file for a permit, but the Town will not charge a permit fee….” Thus, if you live in the Unincorporated Area of the Town, made improvements and got a Town permit, which required you to pay a permit fee, should you not get a refund? Live in the Town, obey the law, get a permit and pay the fee; live in the Town, ignore the law, skip the permit, skip the fee and your Town Council lets you avoid the entire fee, as well as all “violation charges….” “Fair and equitable”?

The Town’s letter continues: “The condition of a house or special circumstances such as a basement that floods is not GENERALLY available on-line [emphasis added].” That statement gave me great comfort; did it do the same for you?

The next paragraph of the Town’s letter begins: “According to GAR Associates [the reassessment company], most property owners permit exterior inspections.” From that one might reasonably assume that most do not permit interior inspections (in fact, a Town resident who attended one of the Workshops told me that, in response to a question, the GAR representative said that only about 20% do, which means that about 80% do not). I wonder how one precludes an exterior inspection anyway, since, although one may tell GAR to stay off one’s property, and many Town and Village residents have done so, there is almost no way to prevent GAR from doing an “exterior inspection” of every single property, from the street and the air (think Google).

Want to know when the GAR people will be in your area? Don’t count on GAR or the Town to send you a note or an email, or to give you a call, to tell you: “GAR Associates will post on the Town website the locations where the collectors are working and will update it bi-weekly.”

So, once again, the burden is on you, and me.

One last item, for now, anyway: the letter, mailed January 6th, that I received was addressed to “Owner Name and Mailing Address”, but it was addressed only to me, even though my wife is as much an owner of our house as I am (the Town knows this, since it lists us both on the tax bills it sends us). They can’t even get that right.

The Town of Mamaroneck Reassessment Workshops can be viewed anytime on LMC-TV’s website, on video on demand. It can also be requested for air by contacting LMC-TV Programming Director, Matt Sullivan at msullivan@lmc-tv.org, 914-381-2002 ext 202

“The power of the periodical press is second only to that of the people.” – Alexis de Tocqueville

Fortunately we can meet both of Mr. Tocqueville specifications, as our government continues to fail in its commitment to educate us (other than “historically” :-) as Mr. Engel pointed out) as to what it’s doing. Perhaps because our government doesn’t know. Could be an expensive education — for it!

None of the local officials or staff have indicated any experience with this subject. The project manager hired, without public notice of the position, was the one who recommended the multi-million dollar project, an assessor’s office that has not done this in over 40 years — inequality by the Council’s own definition that it permitted to occur. GAR never indicating experience with Westchester values or having done prior assessments in the County. Can only wonder what the legal challenges will be and their costs before this whole thing ends.

0
Reply
Previous articleMain Break Causes Dirty Water
Next articleComing up: At the Emelin and Picture House