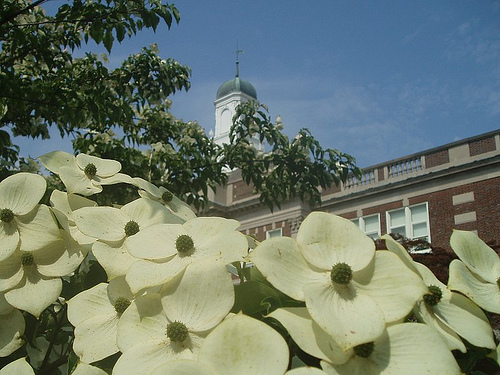 Both CBS and LoHud have been reporting on a case of a teenager being denied access to Mamaroneck High School.

In April, a 16-year-old boy who had moved from Guatemala to New Rochelle and then to Larchmont with his family, was denied enrollment to Mamaroneck High School on the grounds that he had already finished high school in his native country.

The boy, who has not been identified, “previously graduated from the highest level of compulsory education offered in Guatemala,” Dr. Michael Kollmer, director of research, assessment and accountability for Mamaroneck schools, wrote in a letter to the boy’s family on April 4, according to LoHud.

The New York Civil Liberties Union has taken the case, saying in a statement, “the decision violates the student’s right to an education under the New York State Constitution and could prevent him from obtaining the education to which he’s entitled,”

“I was shocked by the school’s decision to deny my son the right to enroll,” the boy’s mother, Aura Melgar, said in a statement released by the NYCLU.

The NYCLU cites section 3202 of state education law, which says that anyone over age 5 and under 21 who has not received a high school diploma is entitled to attend school for free in the community where he or she resides.

Debbie Manetta, a spokeswoman for Mamaroneck schools, said, “After thoroughly reviewing this student’s transcripts and the academic coursework he successfully completed, the District determined that he had already completed the equivalent of a high school education in his country of origin, which, according to State Education Law (the NY State Education Commissioner’s rules and regulations), precludes his enrollment in the District.

If the Commissioner overturns this decision — which we do not believe will happen — then the student would immediately be enrolled; his two siblings were enrolled based on residency.”

The boy is attending New Rochelle High School, which has allowed him to continue as a student temporarily, the NYCLU said, while his younger siblings are in the Mamaroneck School system.