The U.S. Attorney’s Office for the Southern District of New York says a Mamaroneck teacher was arrested Friday on Child Pornography charges.

Lyle Kamlet, 62, is a rabbi and a former Judaic studies teacher at Westchester Day School, a co-ed Modern Orthodox school in Mamaroneck, where he worked for about 30 years. 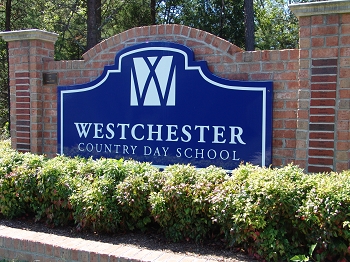 Kamlet is alleged to have purchased illegal DVDs over the Internet and to have had them mailed to the school. Kamlet resigned his post at WDS — a preschool, elementary and middle school —  in February 2012.

On Monday, Head of School Joshua Lookstein emailed parents to inform them of Kamlet’s arrest. “As far as we know, during his tenure, the school had no information and had received no complaints concerning his involvement in any illegal activities,” the letter stated.

The US Attorney’s Office says, “During a search of his residence, law enforcement seized those videos and also found home movies that he had created that contained images of naked children.”

“We are going to vigorously contest these charges in court,” Kamlet’s lawyer, James Roth, told The Journal News.

The majority of those accused of possessing “child pornography” seem to be everyday inoffensive and contributing citizens: teachers, youth volunteers, doctors, policemen, lawyers; occasionally even religious or government leaders. Given these apparently stable and inoffensive people, should we not perhaps ask ourselves if what they are accused of is really all that evil and harmful?

Do people generally have a rational understanding of the nature and objective effects of “child pornography,” or are their views colored by ignorance, superstition, hate, and hysteria? According to several studies, including Howitt, D (1995) Pornography and the paedophile: Is it criminogenic? British Journal of Medical Psychology, 68, 15-27, the viewing of this material is harmless and does not lead to behaviors which are currently considered to be criminal. Many – perhaps most – of those charged with possessing and viewing so-called “child pornography” have never been involved with a child. Also, the conjecture that all “pornography” is taken without consent is not borne out by empirical facts, and the delusion that children are hurt every time their image is viewed simply is not rational – the child most likely never knows about such viewings. For an in depth discussion of this subject in a scientific journal, see http://www.shfri.net/effects/effects.cgi