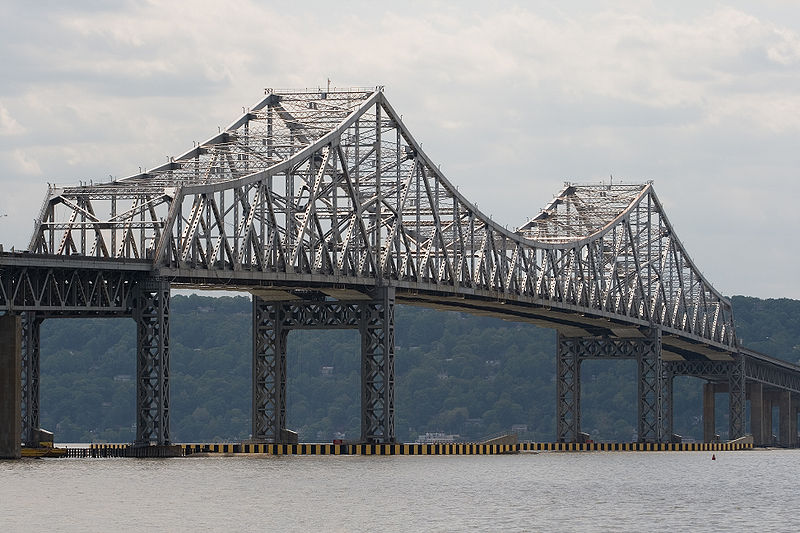 The plan to replace the Tappan Zee Bridge–at an estimated cost of $5-$6 billion–has won approval.

The Federal Highway Administration has given the environmental plan a green light. The Final Environmental Impact Statement, (FEIS) released in August,  detailed ways to protect wildlife and communities near the bridge. However, the plan is facing a lawsuit by the nonprofit Hudson River watchdog group Riverkeeper who says it doesn’t do enough.

While the plan does limit dredging operations during peak fish-spawning and migrating seasons, Phillip Musegaas, Hudson River program director for Riverkeeper, says the plan fails to address key concerns, such as the impact on endangered  Atlantic sturgeon over the period of construction, which could last 5 or 6 years. Already a very low number of sturgeon are left in the river, some estimate fewer than 1,000.

Musegaas  also expressed concerns about the “fast track agenda” for the project, and what Riverkeeper considers inadequate public participation during the approval process.

In a September 25  Newsday article, Musegas warned: “If the state does not make meaningful changes to reduce the project’s environmental impact in the next few months, Riverkeeper will go to court.”

The fast-tract approval process was directly supported by President Obama in 2011 in order to allow the project to move ahead quickly. After the state issued a draft environmental statement in January 2012,  about 1,100 individuals attended public hearings, and 3,000 submitted written comments in February and March. These were reviewed in order to finalize the environmental impact statement issued in August. (See our previous coverage.)

The plan is considered to be  one of the nation’s largest infrastructure projects, designed to ensure much-needed construction jobs and provide a big economic boost to the state. The project could generate thousands of jobs during the five-year construction phase, according to Ross J. Pepe, President of Construction Industry Council of Westchester & Hudson Valley, Inc. More than a dozen major trade unions already have signed on.

A statement released by the Governor’s office on September 25 describes the “comprehensive” environmental provisions in the plan as follows: “environmental protective steps such as use of bubble curtains to protect fish from acoustic effects of pile driving, limits on dredging to avoid peak fish migration and spawning, and requiring that a National Marine and Fish Services approved species observer be present during dredging to ensure that any sturgeon captured during dredging are documented and released.”

The National Marine Fisheries Service reviewed the plans and in June stated that the project will not be likely to result in jeopardy to the endangered shortnose or Atlantic sturgeon.

Governor Cuomo already has announced creation of a blue ribbon panel of artists, architects, and others to help choose the construction team and designs.