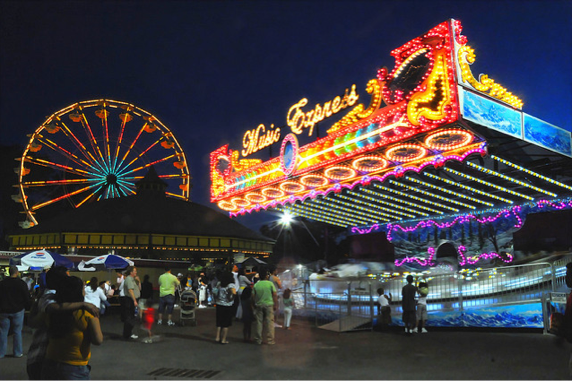 The Playland  proposal submitted by the nonprofit group, Sustainable Playland of Rye, which takes a holistic approach that is environmentally sustainable for developing the historic property, was chosen for the reinvention of Playland in an announcement today by County Executive Rob Astorino.

It will include a smaller amusement park,  a mini water park and restaurants. (See our previous coverage.)

Sustainable Playland’s proposal was one of 12 submitted to the county over a year ago. Their plan is the only one that emphasizes Playland as a park, using the concept of  the Central Park Conservatory as an economic model, with a Great Lawn on the waterfront and ball fields at the northern end of the parking lot. Overflow parking next to Edith G. Read Sanctuary would still be available for large events.

The proposal  addresses the need to protect Long Island Sound and important natural habitats along the coastline that can suffer from erosion, flooding and pollution. (A copy of the full proposal is provided on the organization’s website.)

The county’s agreement with Sustainable Playland reportedly will require a payment of $4 million initially, and additional payments of $1.2 million yearly in order to retire the park’s debt.

Playland is a National Historic Landmark site, first opened in 1928. Westchester County currently owns and operates the park, which has experienced a dramatic decline in attendance and revenue problems during the last five years.

Upon signing the agreement, Dhruv Narain, President of Sustainable Playland, said, “We see the park as a year-round destination for everyone. Singles, couples, families, businesses – anyone who wants to spend time in a beautiful place surrounded by fun things to do, and not just in the summer. By building ball fields, creating new water attractions, developing a Great Lawn, expanding the ice skating, and adding new restaurants, we are giving more people more reasons to come on more days throughout the year and more to do once they get here.”

The next step will be for the Board of Legislators to review the agreement, says Judy Myers, one of the Legislators who served on the County Executive’s Playland RFP Review Task Force in 2011. “I am pleased to see the administration move forward with the Sustainable Playland proposal. I now look forward to a full review by the Board of Legislators, keeping in mind not only the financial implications for Westchester County and its taxpayers, but the implications for Playland’s neighbors in Rye and, of course, to the continued momentum of the Westchester Children’s Museum.”

According to other board members, Astorino plans to submit the plan for approval not to the full Board, but only to the Board of Acquisition & Contract, which includes the county executive, the public works commissioner, J.T. Pisco, and county board Chairman Ken Jenkins, D-Yonkers.

0 Comments
Inline Feedbacks
View all comments
Previous articleBringing the Farmers Market into Your Kitchen
Next articleComing Up: Wildcliff Harvest Festival