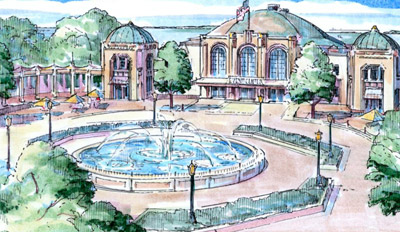 The project is one of four proposals under consideration by the County.

The group argues that their plan is the only one that reclaims Playland as a park, with a Great Lawn on the waterfront and ballfields at the northern end of the parking lot. Overflow parking next to Edith Reade Sanctuary would still be available for large events.

The plan also includes retaining the historic rides and buildings and removing the newer thrill rides that detract from the historic venue.

Using the Central Park Conservatory as an economic model, the group is projecting a total initial investment of $33.5 million, which includes improvements to the ice casino, bath house and other parts of the park.  Sustainable Playland would invest $8.2 million:  $4.1 million in donations and sponsorships, $4.1 million in bonds. The remaining $25.3 million would be financed by individual operators of the park’s lease holders. 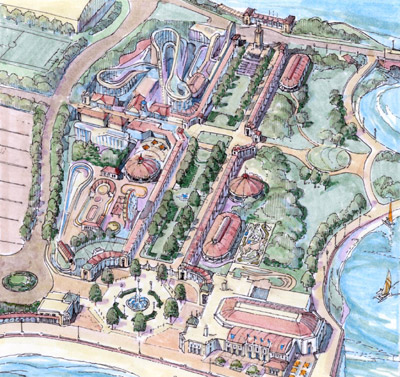 Several restauranteurs are apparently interested in an all-season venue on the water. The group pointed out that on the Hudson River, there have been quite a few successful restaurants that capitalize on the view. Sandhya Subbarao, President Of Sustainable Playland, said “We think there are plenty of opportunities to create year-round revenue streams.

“If you can’t make money with a restaurant that has a view of Long Island Sound, you are doing something wrong.” 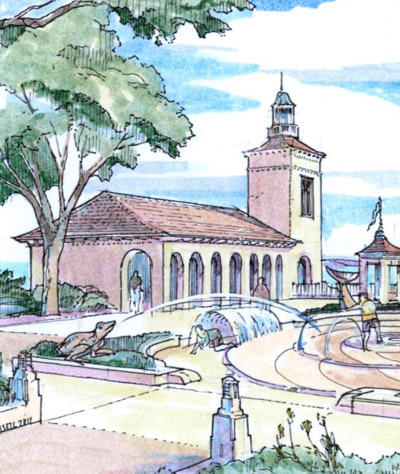 0 Comments
Inline Feedbacks
View all comments
Previous articleHouse of the Day: Katonah Victorian and Barn: $1,599,000
Next articlePet Project: Charcoal and the Animal Specialty Center in Yonkers

You may see some familiar faces.
Read more
Larchmont

It will be the first complete ban of gas-powered leaf blowers in the Northeast United States.
Read more

The Larchmont Loop began publishing in October, 2007 when a multi- Emmy Award winning Journalist recognized the need for local news right here at home.theLoop was one of the first hyperlocal news sites in the U.S., and now receives more than 100,000 visits a month. We bring you all the news and conversation in Larchmont, Mamaroneck and the surrounding area.