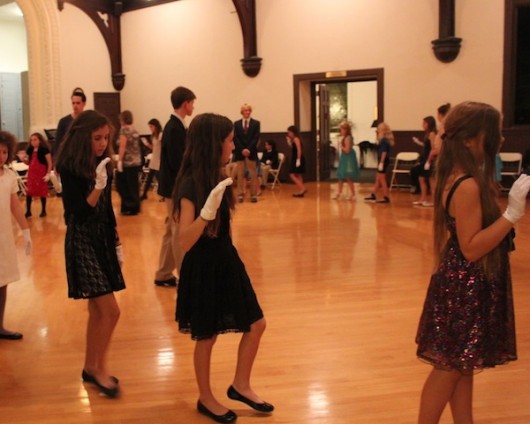 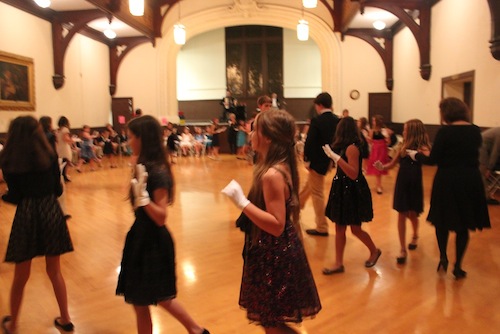 I’m a larchmont girl born and bred. I felt so awkward in the 2 years I was forced/bribed to go to that horrible Friday night ballroom classes. We were not ten back then. We were 12 & 13. I just hated every minute of it. Yes, we got an invitation to attend back then and it was primarily based on whether or not you belonged to one of the local summer clubs or not. That’s how generally “selected” who got invited. It was also almost if not all exclusive to Christians only. Never knew anyone back in our day who took Honey Adams ballroom classes and wasn’t Christian. Hopefully that has changed. And PS: I never danced a single ballroom step since those days. Completely useless “skills”. The mothers in Larchmont hated me too – nice ladies that they were – so my parents had to drive me there themselves because they kicked me out of their carpool. Then everyone went to Baskin Robbins afterwards for a treat. My poor Dad drove me there himself and we shared my ice cream dish. We got to be much closer because I was ostracized from the mainstream at that ridiculous dance school. I think my Dad grew to respect me more than ever before because of how difficult and uncomfortable it was for me to go there. Finally, he convinced my mother to let me off the hook. I was so appreciative. It made me realize that my greatest friend in life was my father and he would always defend me and support me in the face of such cruelty bestowed on me by other elitist adults. I could name names but won’t do it. Some of them are literally the most “respected” old school Larchmont people. I believe what goes around comes around. Honey Adams Ballroom dancing was a big ugly joke. Didn’t know she died on 1977…. must have had more important things to do that night then hear about a descendant of John Adams in a fatal car accident. #fate

I grew up in Larchmont and went to Honey Adams as a 15-year-old, an appropriate age, in 1965. It was nice to meet girls, learn to dance, hack around with my friends (shooting ice cubes across the floor at the end of the evening), and get the chance to go out a night dressed in a suit and, yes, white gloves. It was cool to be square. Very, very preppy. Since then, I have read all of F Scott Fitzgerald’s novels as a result.

This brings back such memories! I went to Honey Adams ballroom dancing class in 1966. I enjoyed it very much and it hasn’t changed much since then either. It was a great way to learn how to interact with boys in white gloves. But I can’t say I used my ballroom dancing skills in life though. Honey Adams taught ballet as well. She was a large woman with a large cane that she would use to keep tempo with the music. I was rather intimidated by her if I remember correctly.

My children never received invitations as Chatsworth students. I knew about the program from an advertisement/flier in the library. I called and signed up. Not sure why everything has to be about putting people down or feeling put down by others.

I attended Honey Adams School of Dance from 1954-1964. Honey was always glamorously attired in satin dresses with lace collars and moved with grace and dexterity. Besides learning ballet and tap, I was enrolled in the ballroom dance classes while in 7th and 8th grades. Knowing the secret passages in St. John’s allowed me and a small posse to evade the greeting line preceding the class.

Word of warning…don’t wear a taffeta dress when you are nervous or keep your arms down to hide the perspiration stains.

I had no idea MAS was not sent invitations and I agree, that is absolutely wrong. As a Chatsworth parent of a 5th grader, personally I am THANKFUL my child has opted out of participating in ballroom this year. While I commend the teaching of manners (how to ask someone to dance, etc), I am against everything else this program represents. First off, these kids are 10 and while it’s nice to learn to dance, the boy-girl drama that happens as a result of this program is quite frankly a nightmare. Not to mention the drama among the parents of organizing the carpools. The whole “after-party” scene at Cosi or Starbucks is ridiculous and when my middle child did this program, I dreaded those Friday nights, watching pre-pubescent boys and girls try to figure out how to socialize. This program forces kids who are TOO YOUNG to participate in an activity that is meant for older students. This has become one of those programs that kids want to do because “everyone else is doing it” and for the most part, the dancing is secondary to the other “activities” connected to this program. I’m glad my 5th grader is being a leader and not a follower and making a decision based on his interests and not what his peers are doing.

My children go to another private school in Larchmont and all I had to do was ask to join the classes and my son was enrolled. There’s little interest at our school, so I can see why personalized invites aren’t sent to all parents. Before calling in the race card, see how many students actually are interested in attending. If there’s not a big interest, this discussion seems to be about something very different than Ballroom Dance classes.

I have thankfully have never had any of the blatantly shameful experinces that Sue speaks of…rather the opposite! Yet…i have heard the rumblings of this type of thing going on, most especially aimed at MAS over the years but central a bit as well. if there are rumblings over it then it IS a problem and whether real or perceived, it needs to be corrected. Its just wrong to think that its OK to exclude ANY of the elemtary schools. WRONG. All or none or boycott the dance school. Anything else is indefensible…the “good business practice” excuse included. I used to be so defensive of this community based on great personal experinces but can no longer ignore that some very ugly things go on here. Thank goodness it is only a very small minority causing such ugliness but even one or two is too many. Excluding MAS is “shame on us” pure and simple. Allowing it to continue over the years is even worse.

Hi Susie what are you talking about ! My looking the part was meant to show that without looking the part (wealthy , child at elite college etc, diamond wedding band , right nationality etc a mom will be ostracized in this elitist , phony, mean spirited community !! The horrible comments that have been made to me because I’m not a racist but a very done to earth humble person who had the nerve to send my three children to Mas are almost too insulting to share on this site. I will give one example , ” how do you send your kids to that school with all those Mexicans! The parents in this racist place we call Larchmont would love if MAS shuttered their doors and the kids were all shipped to Port Chester yep another lovely remark made to me! So you see not getting a written invite to ballroom all makes sense to me !

Larchmont parent…give it up. Dont make yourself appear so business savvy…It is not MY JOB to demonstrate that! We are talking about CHILDREN BEING EXCLUDED….that is the UNDERLYING POINT. This type of business is not sophistcated enough to have a plan like you are laying out! And by the way…my chidlren are adults now .