Should We Feed Westchester Birds in Winter? 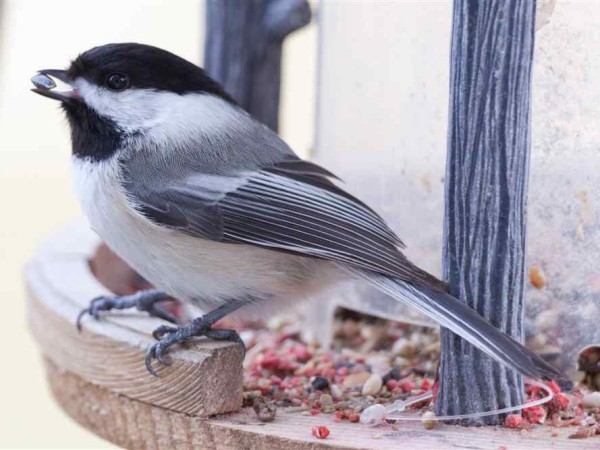 An expert field biologist, Joe Smith, writing for The Nature Conservancy recently reviewed the most current scientific evidence on the pros and cons of feeding birds during colder winter months.

He cited just two studies in the United Kingdom showing negative effects of feeding a type of European chickadee in winter. One study found that “….birds fed during winter subsequently laid a smaller number of eggs that had lower hatching success and ultimately fledged fewer young than birds that weren’t fed at all.” Another U.K. study of a related species had similar results.

But the overwhelming majority of studies, says Smith, show definitely positive effects, especially during severe winters.  For example, according to a Wisconsin study during the winter, “black-capped chickadees with access to bird seed had a much higher overwinter survival rate (69 percent) as compared to those without access to human-provided seed (37 percent survival).”

Smith also points out that “when birds are young and inexperienced, or when they are living in low-quality habitats,” some studies show that feeding “can promote the survival and reproduction of the not-quite-fittest.”

So what kinds of bird seed and supplemental feeding should you use in winter?  There are more than a dozen varieties out there. But if you are going to use just one, experts recommend the small black-oil sunflower seed, which has nutritious, high-oil content. According to Penn State Extension experts, these seeds may cost more but “they are preferred by many smaller species, including chickadees, nuthatches, and titmice.” The seed coat is thin and easy to crack open.  More difficult to crack is the striped sunflower seed, which experts say is preferred by larger birds such as cardinals and blue jays who can crack them. 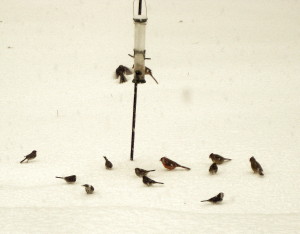 For a useful table showing a wide variety of bird species, their food preferences , and feeders that work well for each species, click  here.

If you’d like to make your own supplemental food, here’s a recipe that kids can help you with–a mixture of peanut butter and other items that is a favorite of chickadees, titmice, wrens, and even bluebirds. Use it to plug up holes in log feeder, or spread on tree bark or pine cones:

An unfrozen source of water is even harder to find. You can buy a heater for a bird bath. It is invaluable to not only birds, but all the other critters that are trying to survive.