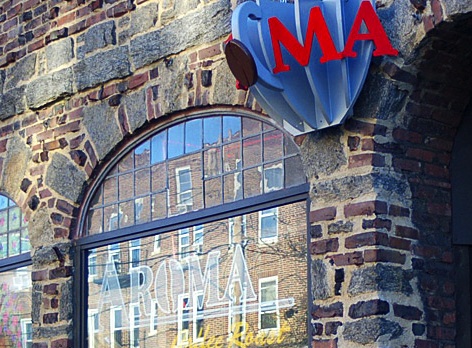 LARCHMONT– As we reported earlier, the bill for the Palmer Avenue Streetscape project may be footed by property owners on the stretch.

“We are copying a program that was done in 2004-05 on Boston Post Road,” said Mayor Anne McAndrews, at Wednesday’s Village Board meeting.

The Mayor described the potential impact for the Ann Taylor store as an example. With approximately 55 feet of curb, the retailer would contribute $7,352 to the project which, paid out over 15 years would be $627 annually.

What do you think? Should the 60 or so businesses on Palmer Avenue help pay for the beautification?

I wonder how many Village officials look at these postings?????

I absolutely do not think business owners should be forced to pay to beautify. Many of the businesses already do this on their own. The rents already make it difficult to rent spaces and there are many vacancies in the town. This Would add to their financial strain. Personally, I think our town is cute! What is keeping the town from being really vibrant? The real problems are empty storefronts, outrageous rents and landlords that don’t live here and don’t mind leaving spaces empty for years. I love the little businesses because they have so much character, but it is incredibly difficult for them to profit and survive in our town. Not sure what can be done about that, but I am pretty sure the problem is not the aesthetics of the town. Let’s help the store owners who are here to thrive by NOT implementing this plan!

Before you start worrying about beautifying Palmer Avenue you should be concerned with recalibrating the walk/dont walk signs at Palmer and Chatsworth and Chatsworth and Myrtle. You also have to worry about the crossing at Depot Way and Palmer. Give us a break. We take our lives in our hands every day crossing the streets in Larchmont.
If this is a matter for the Town of Mamaroneck then you have to fight with them to get it done.
Then you can worry about “beautification” and more flower pots with half dead flowers.
Maybe one of these days we’ll even get a couple of retailers in the village that are affordable and sell necessities so we don’t have to get in the car to go buy an aspirin or a pair of socks.

First of all, the timing of this project is horrible for retailers. They say it will be done by end of October/early November. Anybody out there think it will actually be finished in that time frame? This project has dragged on for nearly a decade. When you could shot a cannon down main street in the dead of summer – that would be the time to disrupt our businesses – not at the beginning of our holiday business and for clothiers, the fall is a big shopping time. It was suggested to my manager at Clutch that she have a “construction” sale – we aren’t Lord and Taylor – we cannot put new merchandise on sale and hope to cover our costs. Please tell me why – if according to the meeting on Wed nite that the breaking of ground on the project does NOT have to be by Nov. (which is what we were told), can’t this wait for another several months. It has waited for years! If the mayor is bothered by empty spaces now, just wait til we lose business over the fall/holiday months. As for property owners paying, is she kidding???? Those costs will no doubt be passed on to those of us renting space. Great – double whammy, business interrupted and rents increased. Way to encourage new businesses to come here. I am seeing RED -with a PINK cast!!!!
PS If the Village can assess property owners to do the sidewalk, why can’t they insist or fine property owners to clean up their existing store fronts. I.E. the old Larchmont 5 & 10. That is a disgrace.

They’re just discussing this now? It seems a little unfair to put this on already stressed business owners, especially since this project has been discussed for years with never a mention of having businesses pay for it.