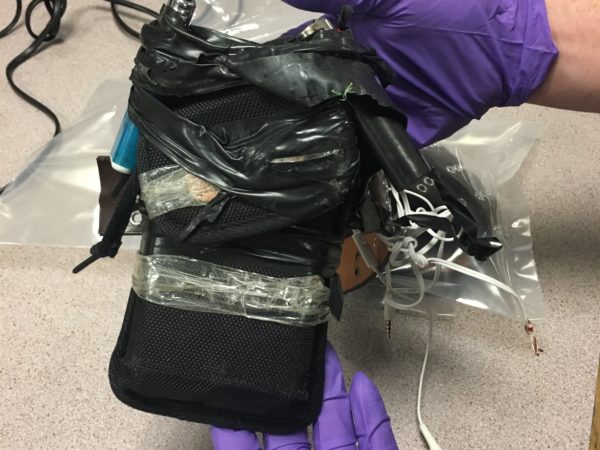 Police arrested a man who appeared to be fiddling with a bomb Monday afternoon at the New Rochelle Metro North station.

Responding to calls of  “a male attempting to detonate a backpack”  he was wearing, cops rushed to the station and found the suspect sitting on an outside bench and wearing a nylon pouch with wires protruding and several cigarette lighters attached.

As officers approached, we’re told the man stood up extended his right arm and began flipping a small flashlight on and off.  He was quickly subdued and arrested.

54 year-old Thomas Skoupa of New Rochelle is charged with Making a Terroristic Threat.  The device, pictured above, turned out to be an inoperable radio-walkman wrapped in electric tape and wires.