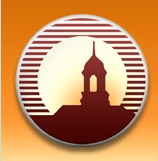 MAMARONECK – To rebuild or repair – that is the question School Board members this week explored, along with the Administration and District architects who have been studying costs and benefits associated with improving the playgrounds at Murray and Chatsworth Ave. schools.  Additionally, the Board said it’s looking at elementary playground issues within the broader context of the approximate $10 million in structural work that is expected to be deemed critical by the Building Committee this fall to preserve district facilities.

“Our first priority is to ensure the health and safety of our playgrounds – our outdoor learning environments.  Then, after that, we need to consider all of our options and think about which decisions make the most sense and are most productive,” Board of Education President Rick Marsico said.  “It sounds like the architects are telling us that repairing the playgrounds is not necessarily the wisest thing to do, given the underlying conditions that need to be fixed.”

The Board recalled how playground committees had been established at individual schools several years ago and discussed re-convening similar committees to provide updates and consider how specific playground needs and desires (“nice to haves”, versus “necessary items”) have changed.   School principals also will be asked to weigh in on their respective playground needs.

While the Board made it clear it cannot solicit funds from community members, several Board members did say the Board has a good track record for enthusiastically accepting donations offered.   Fields for Kids and the Memorial Field Project Team’s fundraising efforts were used as an example of how the District partnered in making a public-private initiative successful.

“It’s certainly possible that the community could contribute a portion of the dollars needed to repair or rebuild the playgrounds, with the District making up the difference by putting that amount into next year’s budget or including it in a future bond,” Superintendent of Schools Dr. Robert Shaps said.

The Board will be charged with identifying what new technologies have been developed in recent years to determine which surface is best suited for each of the schools.  Everything from macadam (currently at Chatsworth and Murray) to grass to rubber or perhaps new alternative surfaces will be considered.

The playgrounds were identified as being in need of repair as far back as 2005, when repairs were included in the District’s five-year capital plan.  The repairs were included in a proposed bond in February, 2009.  The bond failed by a narrow margin, but the need for work to be done did not disappear.  At last night’s playground discussion, representatives from LAN Associates — the District’s architect — presented estimated cost figures totaling $516,000 to repair Murray and Chatsworth Ave. School playgrounds and nearly $2 million to rebuild them.  Board members agreed to engage LAN Associates to spearhead a review of the project as the District moves forward in determining how best to improve its playgrounds.

0 Comments
Inline Feedbacks
View all comments
Previous articleLWV of Larchmont-Mamaroneck: on the Waterfront
Next articleScarsdale Undercover