While we’re all still feeling the shock of last week’s heartbreaking murder of Jennifer Katz, the next step for us as a community is to further Katz’s spirit as a loving mom to her two teenage daughters. 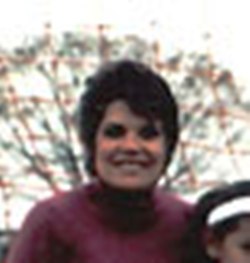 Louis Santoro, a Village of Mamaroneck trustee, who along with Katz and several others met for coffee nearly every morning, has established a means to do that —  a scholarship fund to help Katz’s daughters move forward in life despite the tragic loss of their mother.

Though Santoro did not go in-depth about Katz, saying that she, like the others in their morning coffee klatch, never got too personal, she clearly touched those around her.

“She used to come in and just be herself,” Santoro says.

Santoro, as well as others who knew her, say Katz was a devoted mother whose daughters apparently have inherited their mother’s charm.

“She had an infectious smile and always a kind word,” says Dilworth, who owns Auray Gourmet in Larchmont. “I pray for her children who are wonderful just like their mother.”

Sadly, the world for the two girls was forever changed last week while they were away visiting their father, Katz’s former husband, in North Carolina. But, little by little as a community, we can make things easier down the road for them by boosting possibilities for their futures the way Katz herself  would want us to.