In Scarsdale Undercover, we share some of the more…unnecessary…police activity that seems to occur only in Scarsdale, New York. The “real” crimes will 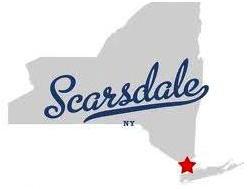 continue to appear in our weekly Police Blotter.

BLOWING IN THE WIND

Police responded to a complaint about a neighbor’s garbage blowing around because it was out for pick-up on the wrong day. The neighbor, who had made a mistake about recycling day, said she’d put it away. May 11.

A MATTER OF INCHES

A Greenacres Avenue resident called police, complaining that a silver BMW was parked about 3-feet away from the curb, creating traffic hazards. Officers found the car was parked just 12-inches from curbside. May 12.

A Bell Road resident reported a sick raccoon on his driveway. When police arrived, they saw the raccoon walking around “constantly going into the garbage pail to eat food. The raccoon did not appear to be sick, just hungry. May 12.

A resident reported a sporadic beeping noise coming from somewhere near the area water tower. Police found a smoke alarm without a battery inside a neighbor’s garbage pail. May 14.

A Sherbrooke Road resident complained that a neighbor was hitting golf balls onto her property, possibly damaging her car. Officers told four kids at a nearby house to keep their golf balls closer to home. May 14.

Can we all agree to stop wasting tax payers money? The callers (plaintiffs) clearly have too much time on their hands. I think the “penalty” for crank calls should be 50 hours of community service.