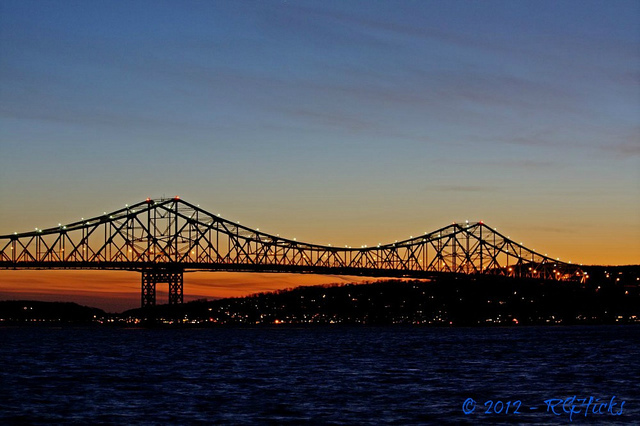 The old Tappan Zee Bridge will be demolished Tuesday, according to County officials, who say the eastern span, closest to Westchester, will be taken down via explosives at 10 a.m., weather permitting.

The demolition was delayed from its scheduled time Saturday due to weather.

The old bridge’s remaining eastern anchor span is considered too dangerous to be disassembled by workers. Explosives will  detonate vertical support columns  according to a fact sheet obtained by The Journal News.

Severe traffic delays are expected in both directions on Interstate-87/287 and surrounding roadways. Drivers are should avoid the area.

Hudson line Metro-North Railroad schedules could be affected by the demolition, officials said.