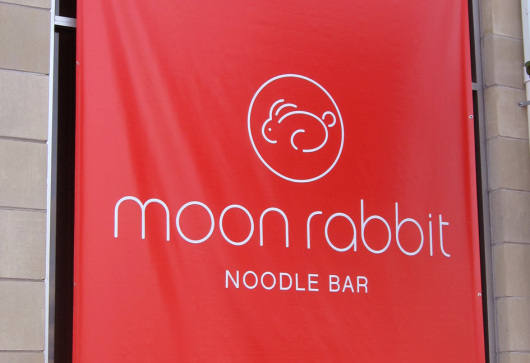 Moon Rabbit Ramen Noodle Bar in New Rochelle opened Nov. 3 (to rave reviews from us and several favorable comments) and was forced to close a month later, on December 4.

Partner Pedro Munoz says, “We do not have access to the restaurant, the landlord changed the locks.”

A quick history: Munoz opened the restaurant Cienega in the space a few years ago, and with Manhattan chef James Kim, decided this year to transform it into a casual ramen restaurant, one of the only ones in the area.

When an investment fell through, say Munoz and Kim, they told the landlord they would pay rent by December 16, and they say they thought they had a verbal agreement.

But the landlord changed the locks and took Munoz to court.

Can they do it by the deadline?

They are documenting their plight on this video:

Another New Rochelle establishment goes bust. It’s sad. We need good restaurants! New Rochelle wants a better economy, yet no one is on the same page. Odd that landlords would pull the rug out. I hope these guys can raise the money. Wish I could help, but my taxes are through the roof in New Ro.

While I’m sympathetic to the cause, this is highly unusual. Do the owners have any proof or documentation of the forced closure?

How do they intend to raise the $28k?

If it doesn’t work out come to Newburyport MA! A great place and no ramen anywhere close by!