Rye Neck to Vote on Farmhouse Tear Down 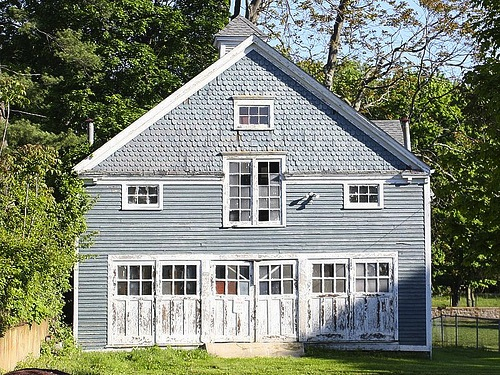 The School Board passed a resolution to either demolish or remove the structure.

Northrup asked that the proposal (below) be withdrawn as there was some confusion about adding signatories to the proposal. She says she “hopes to redraft the proposal in conjunction with the supporting organizations and resubmit it.”

The Rye Neck School Board is expected to vote December 14 on whether to demolish the historic Gedney Farmhouse building, built in 1790, on the Boston Post Road.

Larchmont resident Jan Northrup tells theLoop: “I recently submitted the proposal (below) to the Rye Neck School District with the hopes that they would agree. However, it was rejected outright and the school board plans to vote on a resolution to demolish the farmhouse on Wednesday, December 14 at their regular school board meeting.

I only wish they had devoted as much time, effort and monies to alternatives for the preservation of the farmhouse as they did to prepare for its demolition.”

A copy of Ms. Northrup’s letter to the School Board is below. What do you think?

CONCERNED CITIZENS FOR PRESERVING THE GEDNEY FARM HOUSE
Whenever I drive by the1790 Gedney Farmhouse, located at 734 East Boston Post Rd., I am intrigued. There aren’t many buildings in this area that date back to this time period and the Gedney farmhouse helps tell the story of one of the earliest and most influential families in the Larchmont/Mamaroneck community.

I was surprised and disappointed to hear that the Rye Neck School District is considering demolishing it. I would like to submit the following suggestion:

Before making any decision about the house, in a spirit of cooperation and appreciation of local residents, I propose that the school district meet with interested parties, both local residents and professional preservationists, to come up with a solution that will satisfy everyone. As demonstrated by the Mamaroneck School District, when it had a similar issue, it can be done!

(editor: Ms Northrup refers to the Kemper Memorial on the grounds of Mamaroneck High School, in the preservation of which she was a key player.)

In the meantime, since the heat has been turned off in the house, I would also urge the school district to either drain the pipes or set the thermostat to a minimum temperature to avoid any damage from frozen pipes to this important community asset.

I agree. Our history is lost if we tear down this beautiful house. Perhaps a conservation committee can be formed to find funding. The building would be a great way to teach local history to the kids. It can be rented for events outside the school day. A little imagination, committed volunteers and some elbow grease is all that’s needed.

I totally agree with Jan Northrup and the many other concerned citizens who are trying to save this historic home. I too was very upset to hear of the Rye Neck Board’s plans to destroy it, without allowing sufficient time to work with the community to consider alternate options, such as trying to raise funds to move it. The Board’s current stance of ignoring community protests is short-sighted and very sad to see.

My vote is a resounding NO!!!!! Don’t tear it down!!!!!! This is our history you are talking about vaporizing. Use your brains and the imaginations you were born with for pity’s sake. Do you have to destroy EVERYTHING????