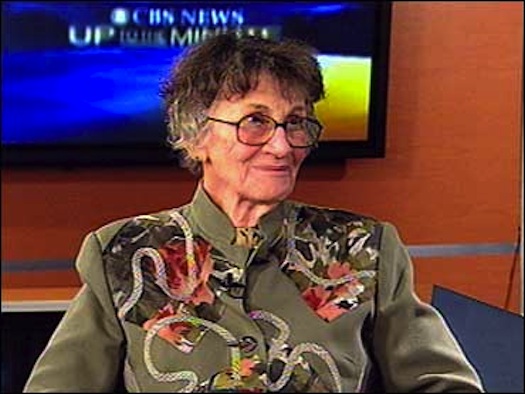 Rye lost a true war hero Monday with the death of Dr. Tina Strobos, who as a young medical student in Amsterdam hid about 100 Jews from the Nazis.

Strobos and her family’s work as “rescuers” started when they hid Tina’s best friend, who was Jewish, in their home, not far from the house where Anne Frank and her family hid. The family ultimately built a hiding place, big enough for five people, which she described in a 1992 interview with the Holocaust Memorial Museum in Washington:

When we started taking in people we realized that they had to get away if the Gestapo came. So we had a first floor on which electrical button could open the door and so you could look through a wall window to the door downstairs on the first floor and see who [was] coming in. Then we had a alarm that we rang for the third floor so the people on the third floor could creep out the window in the gutter and get lost and go to the attic on the back side of the house, of the school that was connected with us. There were two, a front, part of it was a school, they had this wing, we had this wing, and then in the back was the school behind the courtyard, and there were, there was an attic that we had access to. So they could, you could go in hiding there. And that we had as escape route. And we rehearsed that, to get out of the window and out in there quietly, very fast. So when time, time came and a man called and he said, “I’m a carpenter from the underground.” And he had tools with him, and he looked so honest and reliable, we trusted him. My mother said, “Do you know this man?” I said, “No, but let him make a hiding place.” And he made such a good hiding place that when I go back to that house it’s very hard to find. It doesn’t hold too many people, though, two or three, crammed sitting together..

The Nazis interrogated Strobos on several occasions but never proved anything against her.

Strobos, who went on to have a successful career as a psychiatrist, was honored by Holocaust memorial organizations. You can read Strobos’s story in her own words on the Holocaust Museum or  Humboldt State University websites.