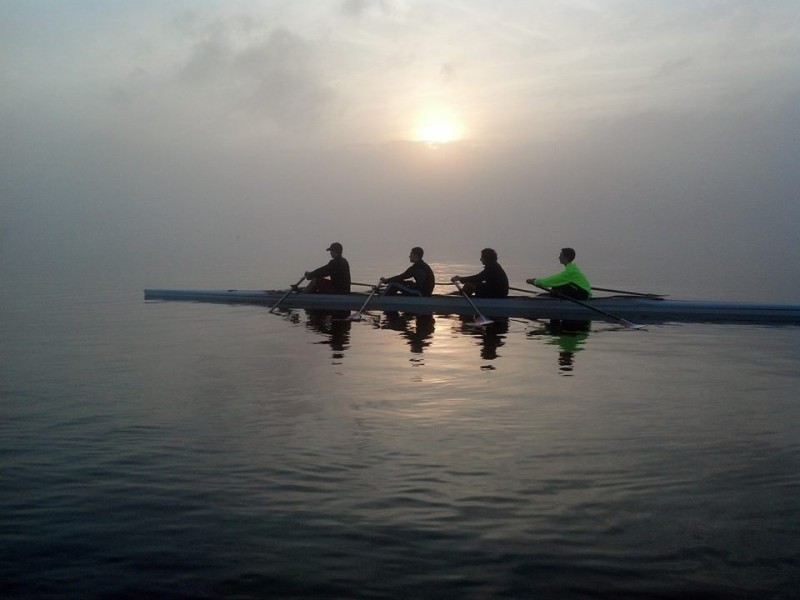 There were successful rescues of two boats from the Rye-based Row America Club that had capsized on Long Island Sound Wednesday about 6:30 pm near Buoy MM, according to Village Manager Richard Slingerland and Mamaroneck Village Police.

The first vessel, a rowing crew skull/ boat, had carried a crew of 10 High School aged girls and one man from the Rye-based Row America Club, off Mamaroneck Harbor.

The Village of Mamaroneck Harbor Patrol, the Police Boat and Harbor Master responded.

theLoop is told Sea Tow was significantly involved in both rescues.

Most of those rescued had hypothermia and were transported to local emergency medical care.

Four men from a  Zodiak support boat were then located on Hen Island. Three were transported to White Plains Hospital for further evaluation.

As a Mamaroneck Village resident and sailor, I find your article and the mayor’s press release leave a lot of unanswered boating safety questions that should have follow-up, notwithstanding the happy conclusion and proper praise of the skillful work by the rescuers. Questions include obvious ones about going out to row in a non-ocean going shell in such cold water and troubling weather; was the shell overloaded; were life jackets and wet suits in use; was the zodiac crash boat of adequate size? I’m sure you can think of more. —