Rumorville: Some Wine Bar with that Cheese?

Now it can be told. Officially.

You may have read here over the last few months that the old “Curves” space at 2098 Boston Post in Larchmont was going to be a wine bar. That it is. 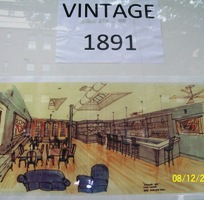 Craig Muraszewski, former Maitre d’ at Plates and subject of this story on some historical trash,  will bring more area history to life with the opening of  his “Vintage 1891 Wine Lounge" late in the fall.

1891 was the year Larchmont Incorporated.

"I want to bring some of the unique history of the area to the restaurant, Muraszewski says. "I have been spending some time at the Westchester County Archives." Some of those photos and artifacts will be on display.

And theLoop will host a pre-opening celebration, scheduled for November. We’ll keep you posted. 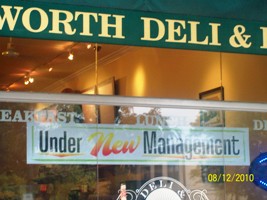 And because we are SO good at keeping secrets, we will let you know next week who has taken over the Kearns Deli–Chatsworth Deli– ?? Shop when the deal is official. Suffice it to say, this third incarnation at 135 Chatsworth Avenue, which was Kearns’ Deli for 14 years until last November, and then Chatswoth Deli and Bakery only from February to last week, will be owned by a guy who says he  "loves to eat" and who "knows food."

And Jim Kearns will be a fixture.

Finally…according to Loop Reader Lesley, the Palmer Avenue Framing store is moving into the old Soupz.

Love the wine bar! Palmer Avenue may be hurting badly but at least the Post Road area is coming back. The issue on Palmer has got to be the absentee landlord. There are people interested in starting new things here, if they can get a reasonable price.