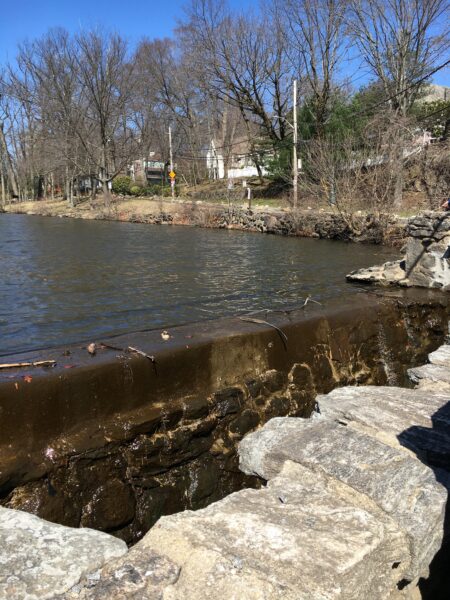 In August of 2019, The City of New Rochelle launched an ambitious new project to restore Beechmont Lake, which had become an eyesore. It was covered in slime from green algae and even with regulations limiting fertilizer runoff ( a big source of the problem) and a couple of aerating water fountains, the problems persisted. (See our coverage from 2019 ).

The restoration project has taken much longer than expected for many reasons. But now, according to the New Rochelle Public Works Department, the project is “substantially complete” with some additional plantings to occur this spring. 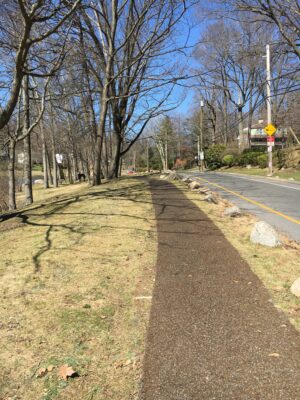 The restoration has involved many components: dredging the lake; removing dead and diseased trees; introducing native plants surrounding the lake; and redesigning the northern bay to provide for ongoing maintenance.

The plans called for water-absorbing, meandering pathways made of porous materials and occasional park benches. In addition, at the southern end there was a major rebuild of the waterfall area for drainage

A special dedication ceremony is scheduled for later in the spring.

Meanwhile, the local wildlife already seems to be enjoying their new digs. 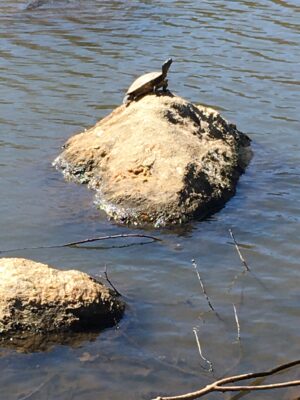 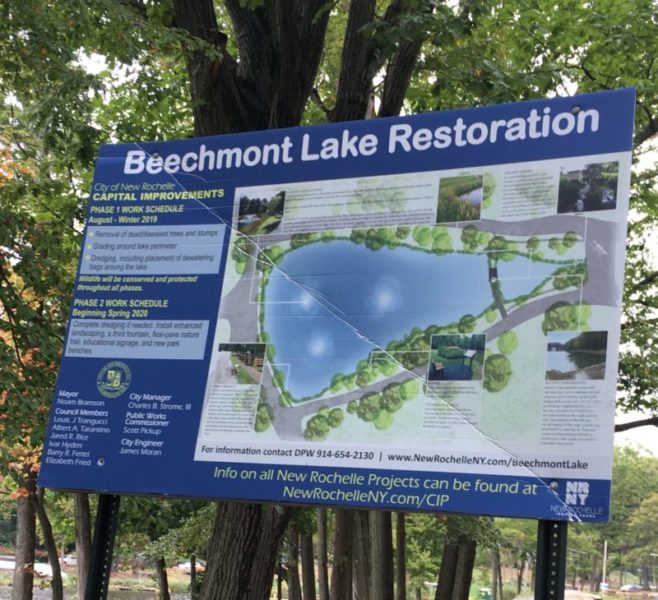