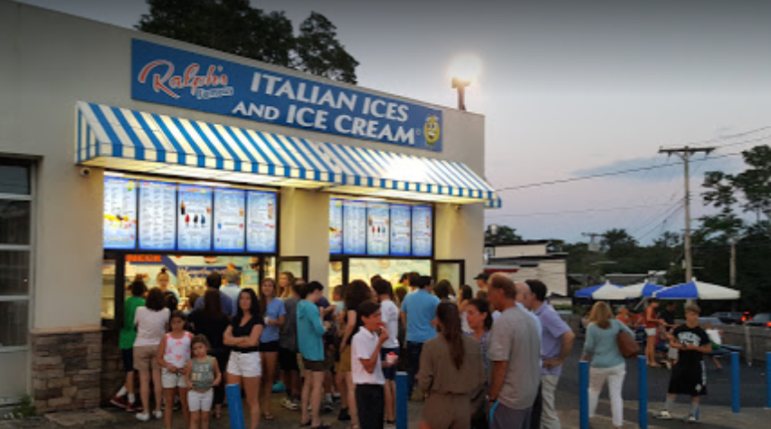 Despite an order fro the Village of Mamaroneck to close its doors Thursday, popular and embattled Ralph’s Italian Ices and Ice Cream has remained open, and subject to a fine of $250 a day to do so.

Is it kind of cruel to close a summer ice cream and Italian Ices shop in the heat of July, even though we knew it could happen?

Ralph’s Italian Ices and Ice Cream in Mamaroneck is scheduled to close down Thursday.

Just over a year at tis location the ice cream franchise was almost immediately under seige by neighbors for long lines, late hours and parking issues.

Instead,  the zoning board revoked Ralph’s certificate of occupancy and adopted a resolution that denies his application for a special use permit.

According to the resolution, the location created “dangerous conflicts and unsafe conditions for drivers, pedestrians, and customers.”

A sign on the order counter said they plan to close Thursday “thanks to Village of Mam’k Boards and other local haters.”  Rosenberg has said that he may take legal action.

There are always these other locations if you need some Ralph’s. The closest is in North White Plains.

Again, if Ralph’s had agreed to a compromise with the neighbors from the very beginning, instead of setting itself up as their adversary, I think all of this could be avoided. When you make enemies of your neighbors instead of working with them from the beginning, it’s going to be hard to have a lasting, successful business in any community. We saw this during the Molly’s debacle where the representative from Molly’s were extremely disingenuous and said the nearby residents wanted to close down the entire patio forever when that was not remotely the case….