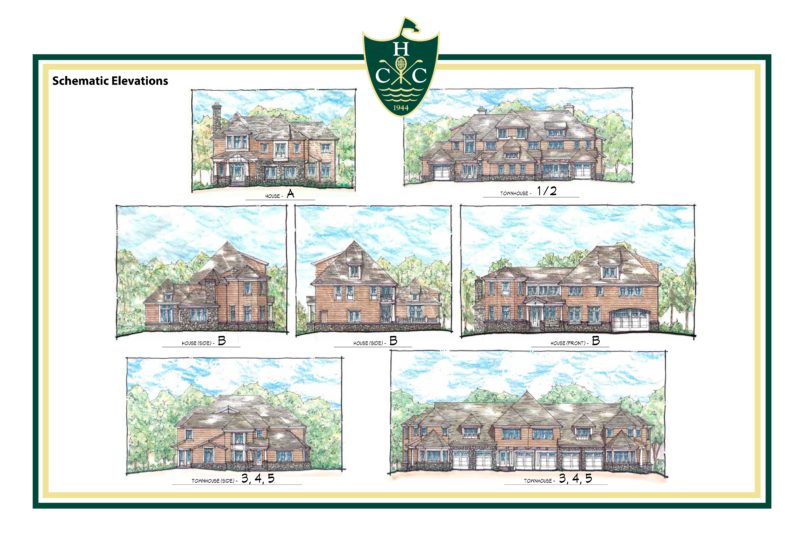 This letter is in response to a submission published here earlier this week, “Hampshire Growth Will Harm Community.”  The author is Development Coordinator for Hampshire Recreation, LLC.

I’d like to thank Jennifer and Sean Young personally for their thoughts about The Residences at Hampshire expressed in their letter of February 11.

The Youngs voice three primary concerns. First is that the school district “will be pushed against its limit” as too many school-age children are added to the student rolls in local schools. The truth is, the carriage homes making up the majority of The Residences at Hampshire will be designed specifically for empty nesters, significantly reducing the number of households in the proposed residential development that even include children. Based on industry-standard calculations as required by the Village of Mamaroneck’s scoping document, the proposed housing would add an estimated 57 school-age children, far fewer than the 100 feared by the Youngs in their letter. In addition, the projected $1.55 million in net tax revenue for schools alone from The Residences at Hampshire would offset any costs associated with any new children joining the public-school system.

The Youngs’ second concern is for the environmental and quality-of-life effects of the construction on the children attending nearby schools. I want them to know that the proposed construction will be temporary, short-term and phased. The largest disturbance will take place during Phase I of construction when the central platform will be constructed, which will only last nine months – not “at least six to seven years” as is the Youngs’ impression.

With respect to traffic caused by fill transports: given the New York State Department of Environmental Conservation’s (NYSDEC’s) vetting and approval of the developer’s plan to reuse on-site fill, the number of transports needed to import fill will average 28 truck trips per day during the 9 months of Phase I, which add up to far fewer than the “tens of thousands” cited in the Youngs’ letter. Construction vehicles will also adhere to strict rules regarding hours of operation and delivery times; for example, trucks will be prohibited from arriving and departing within 30 minutes of the start and end of the school day to prevent conflicts with school traffic.

One of the most frequent subjects of confusion, however, concerns soil contaminants. As Hampshire has made clear many times, NYSDEC has concluded that the soil does not contain levels of arsenic or other contaminants presenting a legitimate public health threat or danger of being released into the environment. Rather, NYSDEC has determined that the soil can be reused on site, and typical construction safety measures will be adequate to protect the public. The Village’s own environmental review process has confirmed that arsenic levels at the site are well within routine safety limits.

The Youngs’ final stated concern is that traffic around the Hommocks School will become so congested, both during and after construction, that it will pose a risk to children walking to and from the school and its playing fields. Fortunately, traffic studies conducted around Hommocks School at the busiest times of day indicate that there will be no decline in the level of service at the various intersections studied at the request of the Village. As mentioned above, operation of construction vehicles will be strictly limited at the busiest times of the school day; additionally, when people move in after construction, the projected 57 additional school-age children are unlikely to result in “hundreds of additional cars” around Hommocks School. Moreover, the developers have proposed the addition of bike lanes to improve the safety of kids going to school.

I think it’s important to note that Hampshire’s owners met with the school district last summer to offer – at Hampshire’s expense – a re-routing of the roadways around Hommocks Middle School to improve circulation and add parking. The owners have yet to hear back from the district, after repeated inquiry, although the offer is still open.

We always appreciate input from our neighbors in Mamaroneck on how Hampshire may best serve and grow our community. We are happy to make the facts available to allay the fears of concerned parents, particularly when it comes to the safety of our children. To get those facts, which have been vetted and accepted by the Village’s own consultants and experts, one place to start would be the Village of Mamaroneck website, where all of the data, research and related documentation regarding the development may be found.

Further facts and clarification may be found on the web at www.theresidencesathampshire.com.

I would love to know how they estimate only 57 “school aged” children living in such a massive complex!? This makes absolutely no sense. Each of these McMansions will have at least 4 bedrooms and any person with a brain will expect them to be filled with kids. So, if there are 100 homes, one should expect at least each 1 school age kid would live in each house. Therefore, you can reasonably expect at least 100 kids utilizing the already-over capacity schools. Just common sense.

Susan Goldberger should identify herself as an employee of the club and not as a concerned resident. She has been on their payroll and speaks from that role. A little misleading!!

We did identify the author as Development Coordinator for Hampshire Recreation, LLC.

We need this 1.5 millions in revenue! why is the village holding up this money, we can use it for the schools and roads. The taxes are already too high in the village, and we are stalling this money????