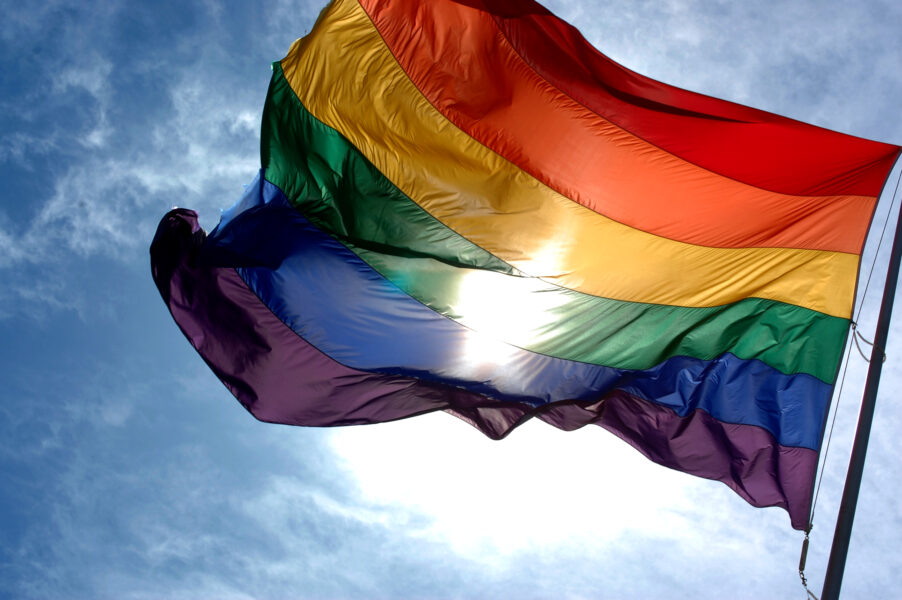 The Rainbow Pride Flag will fly over Mamaroneck Village Hall during the month of June in recognition of LGBTQ Pride Month.

The Village of Mamaroneck Board of Trustees unanimously voted to allow the flag to be displayed every June.  Lesley Findlay, a long time resident, organized the petition for the pride flag to be raised in Mamaroneck, a petition that quickly garnered widespread support.

“Recognizing June as Pride Month in our village and raising the pride flag sends a powerful message to our youth, to our families, friends and neighbors who identify as LGBTQ that each of them is welcomed, loved, supported, equal and protected,” Findlay told Village officials.

Village Mayor Tom Murphy talked about the importance of recognizing the LBGTQ community. “I think it’s an important symbol that this government (Mamaroneck) is more welcoming…to make America what America should be…that we all have a seat at the table, no matter who we love, or how we look or economic background and I think this is a small step in making that happen,” Murphy said.

The Lesbian, Gay, Bisexual and Transgender Pride month is celebrated every June in honor of the 1969 Stonewall Uprising in Manhattan and acknowledges the importance LGBTQ individuals have had on history locally, nationally and internationally.