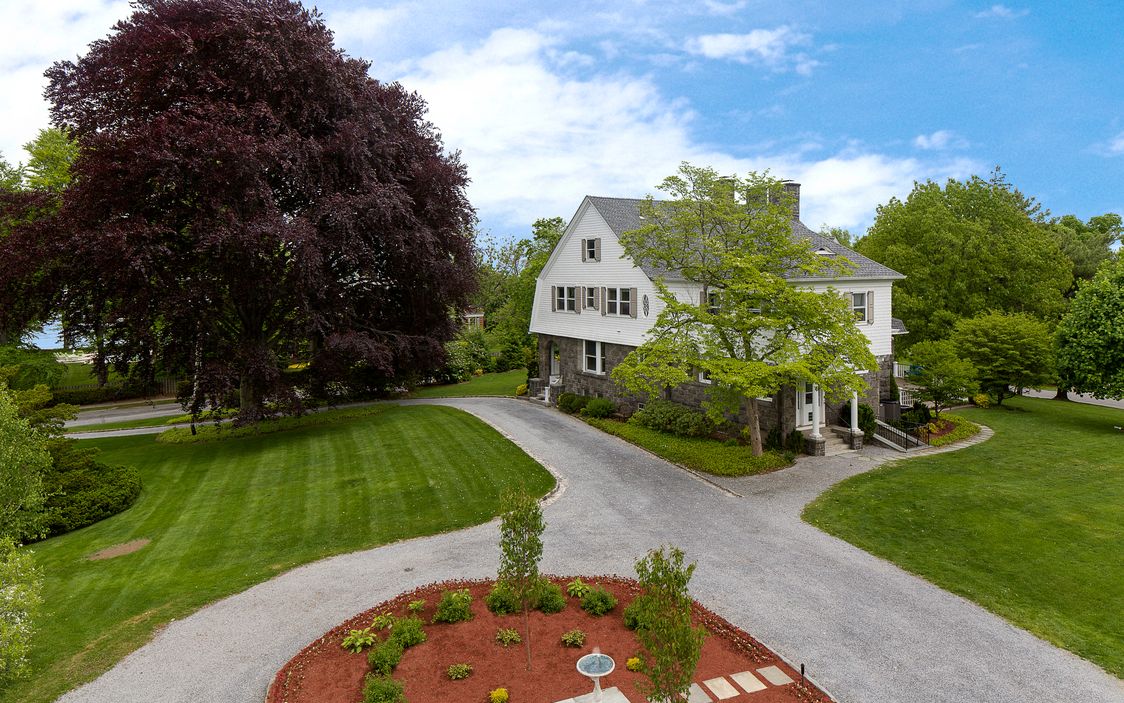 The directors of Preserve Larchmont say they have reached an agreement with the property owner at 40 Ocean Avenue that will save the historic house in Larchmont Manor known as “The Orchard.”

The agreement requires the original house be preserved in its entirety, and no more than two additional houses built on the property.

“We consider this a victory for historical preservation and for the entire community that fought back against the original demolition plan,” says Cannon Campbell, Preserve Larchmont Board member. “I hope we can continue to find ways in Larchmont to develop a better balance between development and preservation of our environment and historic homes.

The original development plan by KOSL Building Group sparked community outrage by calling for the demolition of the historical house and subdivision of the property into four lots to make room for “four McMansions,” says the press release.

The historical house was built in the late 1800’s and designed by a locally significant architect, Frank Ashburn Moore, who also completed important civic structures, such as Village Hall and Larchmont Public Library. The NY State Historic Preservation Office has determined the house to be eligible for listing on the National Register.

The Village was not involved in the negotiation of this agreement between the Preserve Larchmont Board and 40 Ocean Properties LLC.

The next step is that the developer will need to submit a new subdivision application, one that preserves the existing house and proposes two additional houses only, to be reviewed by the relevant Village boards just as any other application in a series of public meetings.

The demolition plan by KOSL Building Group has faced opposition for over three years from community members and neighbors. Preserve Larchmont led the effort to voice concerns over the community’s loss of the historic home and overdevelopment, as well other environmental concerns, such as flooding, raised by a project of this scope in the heart of the Larchmont Manor and one block from Long Island Sound.

Concern about overdevelopment in Larchmont led the Village of Larchmont in 2017 to enact new zoning laws aimed at curbing overbuilding and limiting demolitions and subdivisions where appropriate.“We are pleased and proud that we have been able to save the original house,” says Stacy Caffrey, a member of the Preserve Larchmont Board, “and hope in consultation with neighbors and other members of the community, the developer can finalize a plan that respects the interests of our community, its aesthetics and its history.”

Preserve Larchmont is a not-for-profit organization with a mission to preserve the Village of Larchmont’s unique history, character and charm, including its waterfront, water views and green spaces; and to eliminate further strain on the local environment, public infrastructure, schools and services.